Posted on Tuesday 27 May 2014 by Andrew Waddington

The second day of the Spring Bank Holiday weekend, Sunday 25th May, once again saw a three-car heritage service operating in Blackpool with visiting ‘Pantograph’ car 167 once again stealing the show. The opportunity was also taken to operate the illuminated Western Train 733+734 on this day, due to 734 being created from ‘Pantograph’ car 174 and still bearing a close resembelance to its original appearance. This allowed for a very rare photo opportunity to be set up with the duo being posed side by side, which was arguably the highlight of the whole weekend!

The Sunday started in fine form with a rare daylight working to Fleetwood by the illuminated Train. On its return to the Pleasure Beach, it was joined by 167 and Brush car 631 completing the early afternoon heritage tram line-up for the day. 167 was hastily dispatched to Foxhall where it reversed, allowing it to return to Pleasure Beach where it was displayed on the loop alongside its sister car 174/734, to the delighted of the assembled crowd of enthusiasts. Although this is the fourth time that car 167 has returned to Blackpool, it is not thought that such a photo opportunity has ever been deliberately created before and it was certainly a spectacular sight! With the Rocket 732 – itself built on the underframe of another of the Pantograph cars – still displayed prominently on the Gynn roundabout, this meant that it could be argued that three of this class could be seen on the promenade on the same day for the first time in many years.

After a further run to Little Bispham, the Train retired to Starr Gate depot with its crew later reappearing on Twin set 272+T2 to add some extra variety to the proceedings. After a mostly sunny day, the heavens opened in time for the final Fleetwood tour which saw 167 joined by 631, pairing up two former stalwarts of the North Station route to provide the perfect (if rather soggy!) end to another fantastic day for all fans of Blackpool’s classic trams. 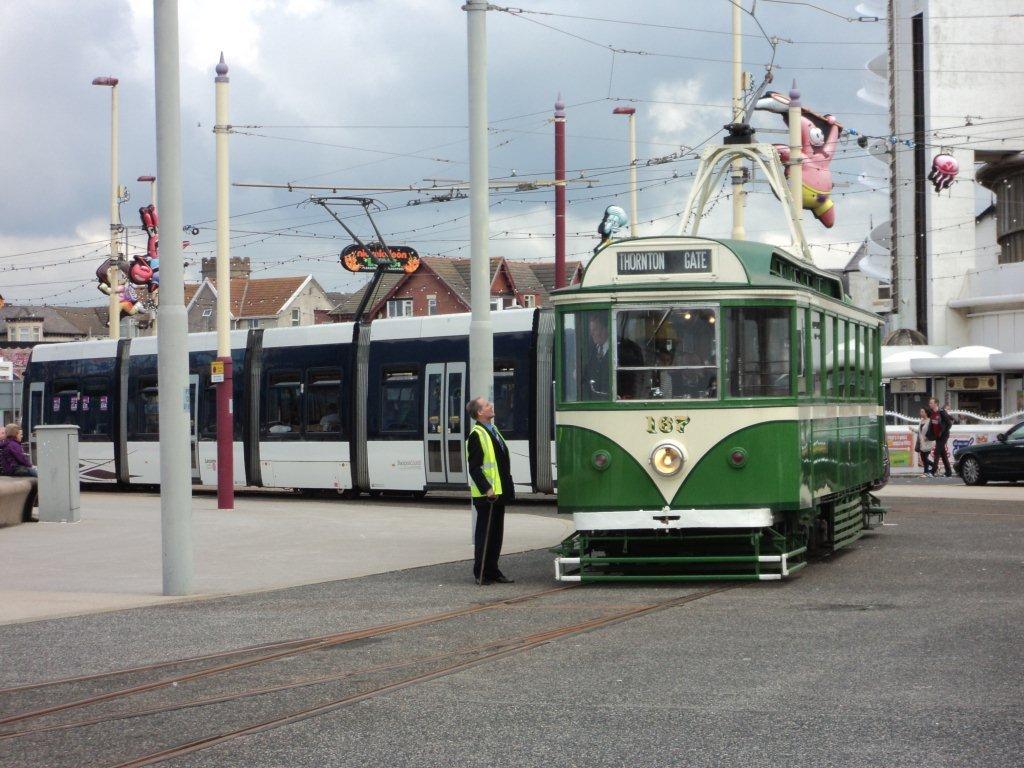 The star of the show, Blackpool 167, arrives at Pleasure Beach as a service tram heads north in the background. 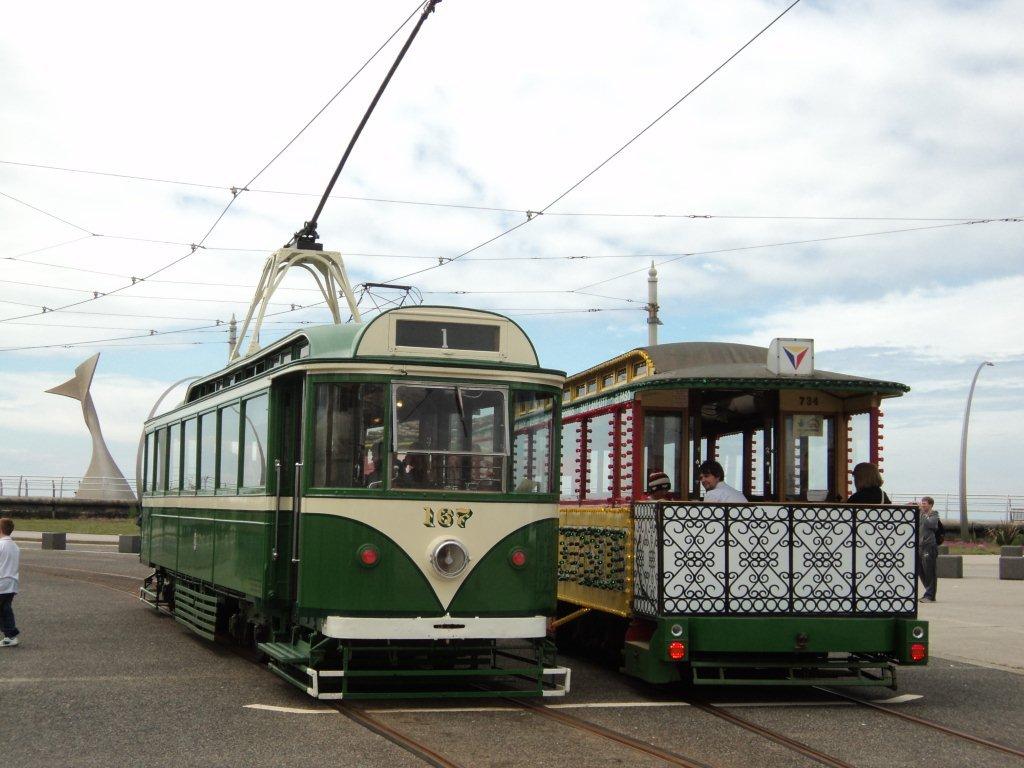 Probably THE image of the weekend - Pantograph car 167 meets Western Train carriage 734, showing the many remaining similarities between the two sisters, as they pose for the cameras at Pleasure Beach on 25th May. 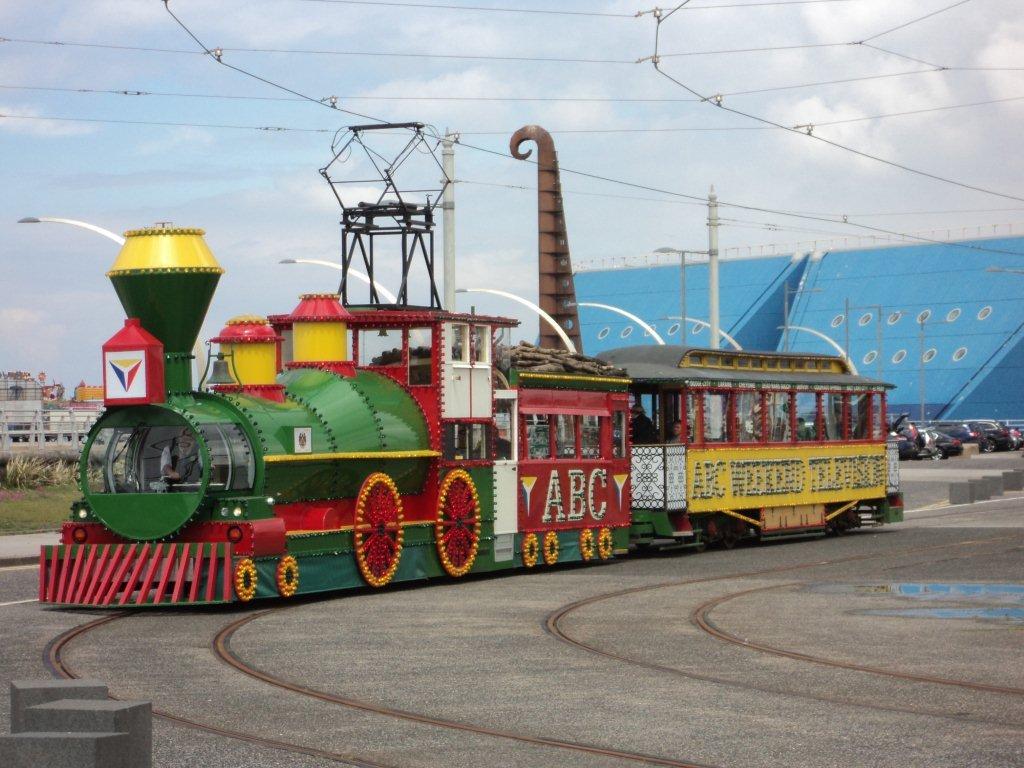 The Western Train in all its glory, clearly showing off the recently fitted pantograph and mini-tower. 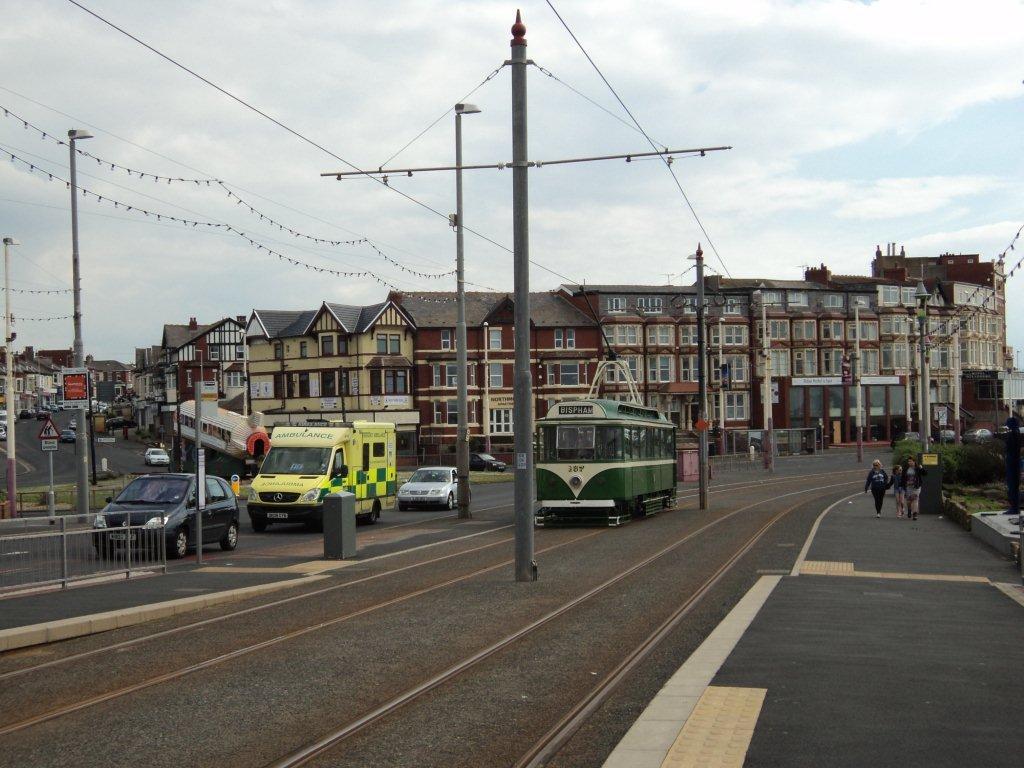 As the illuminated Rocket 732 was built on the underframe of another former Pantograph car, here we see it and 167 together - just about - as the latter tram passes through Gynn Square on a southbound journey. (All photos by Colin MacLeod)