Posted on Tuesday 27 May 2014 by Andrew Waddington

After two days of rather changeable, and at times very wet, weather conditions, the third and final day of the Spring Bank Holiday weekend saw a vast improvement in the weather at Blackpool, allowing open trams to dominate the heritage service. Originally no heritage trams were due to run on this day, so it was extremely fortunate that an anonymous local businessman generously offered to fund their operation for what turned out to be the most successful day of the whole weekend!

The fine weather allowed Open Boat 600 to run through to Fleetwood in the morning, joining the star of the weekend, ‘Pantograph’ car 167. The pair made a splendid sight trundling along the streets of Fleetwood, with 167‘s livery effectively being a reversal of that worn by car 600, adding to their attractiveness as a duo. The third service tram was the other operational Boat car 230 which joined its sister in mostly running short journeys along the promenade, although 600 did manage to escape to Bispham during the course of the afternoon for a lunch break. By contrast, 167 performed a much greater variety of journeys, with a trip to Ash Street being especially unusual and possibly upstaging Saturday’s Thornton Gate run as the most unusual working of the weekend.

As the day wore on, 230 disapeared to be replaced by ‘Princess Alice’ 706 in order to offer an increased capacity for the final Fleetwood heritage tour of the day, and making up for any slight disappointment caused by this tram’s previous outing two days earlier being cut short by torrential rain, and bringing down the curtain on yet another highly enjoyable Bank Holiday weekend packed with interest and surprises on the Blackpool tramway. Naturally, 167 undoubtedly stole the show and this tram performed superbly on all three days, the issues experienced during its last loan period in 2010 now well behind it. However, the reliability of the heritage trams in general was excellent across the weekend and with a total of nine different cars used over the three days, there was never a dull moment, proving that whenever the heritage fleet come out to play, Blackpool really is the place to be. Now we have to wait just under four weeks for their next stint of use in connection with the annual Totally Transport event on Sunday 22nd June, which will see the traditional trams carrying passengers to Starr Gate for the first time since 2009! 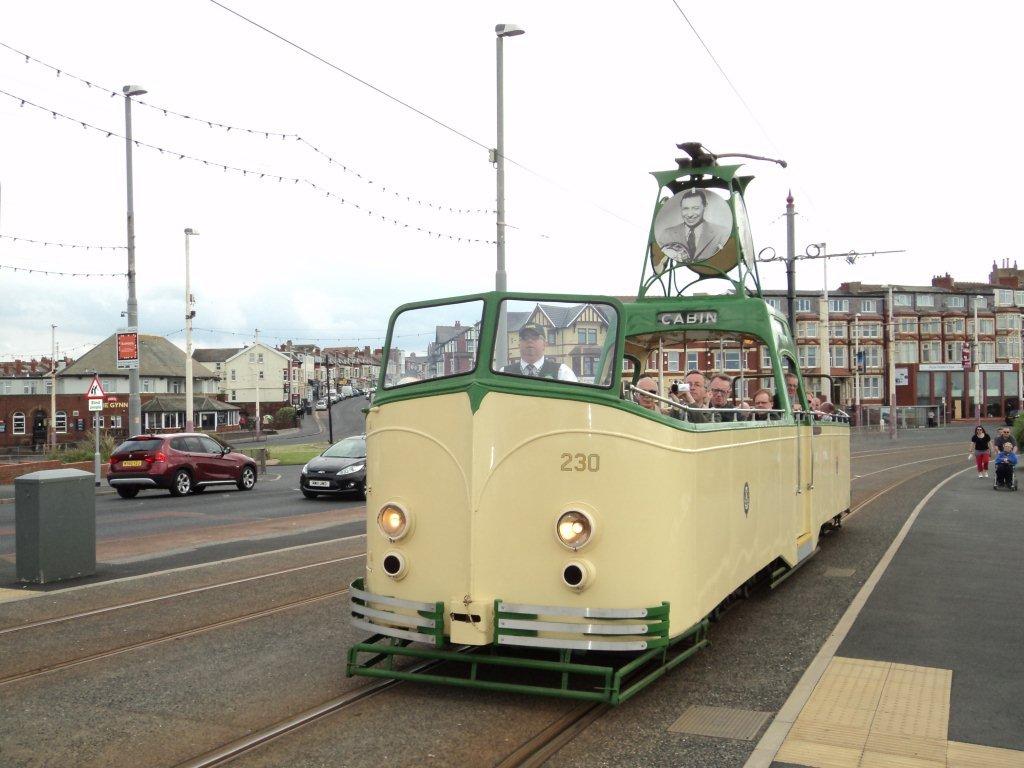 Boat car 230 speeds past Gynn Square on 26th May en route to Cabin; this was the furthest north that this particular tram managed to get on this date. 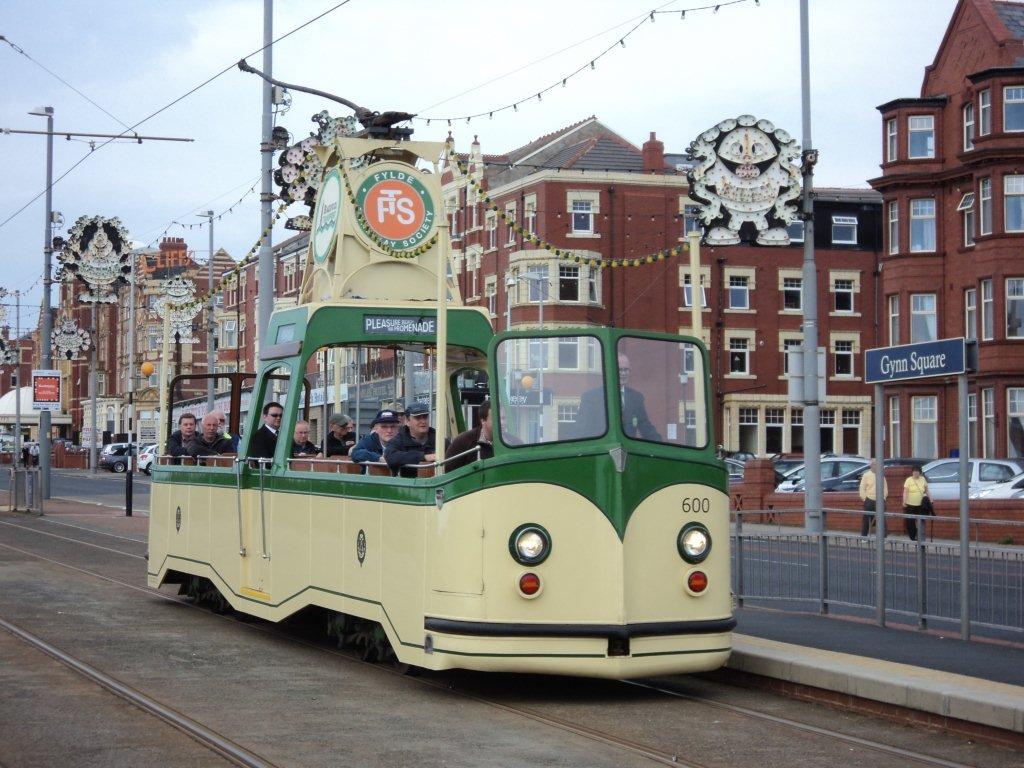 Also seen at Gynn Square, this is Boat 600 heading for the Pleasure Beach. (Photos by Colin Macleod)