In Pictures: Blackpool Brush car 634 arrives in the North East

Posted on Monday 26 May 2014 by Andrew Waddington

Friday 23rd May saw yet another tram arrival at the North East Land, Sea & Air Museum at Washington, near Sunderland. As reported previously, the North Eastern Electrical Traction Trust have arranged a long-term loan deal involving privately owned Blackpool Brush Railcoach 634, and on this day the tram made the long journey by road from Northamptonshire to its brand new home. Although many Blackpool trams have resided in the North East over the years – some permanently, others for short visits – 634 has become the first Brush car to move to this part of the country.

Since leaving Blackpool in November 2009, 634 has been restored cosmetically to a very high standard at the Rushden Transport Museum by its owner, Andy Ashton. Much of this work has been focussed on the interior which has seen much of its ornate woodwork restored to stunning effect, whilst externally it has been repainted in the attractive 1990s ‘green skirt’ livery, with a few extra embellishments such as chromed bumper strips adding to its striking appearance. However, 634 has always remained outside at Rushden, and so its owner was only too happy to loan it to an organisation where it can be housed undercover, and can also be admired by a wider audience.

On 23rd May, one of the diesel locomotives at the Rushden site was used to shunt the tram into the correct position. The car was then loaded onto the waiting lorry supplied by Calkeld Heavy Haulage – the firm who recently moved NEETT’s other single deck Blackpool trams into their new depot premises at Washington – in record time, and once secured in position, it was time for 634 to bid farewell to its old home. The tram arrived at NELSAM later the same day in miserable weather conditions, quite a contrast to the fine sunshine which blessed the loading process! The next day it was carefully unloaded and moved into the recently constructed tram shed, being placed in front of Twin set 674+684 and Centenary car 647, giving this building the feel of a real tram depot with so many historic residents now in situ. Hopefully being positioned at the front of the building will allow 634 to be pulled out occasionally for display, but for now the tram has an excellent new home and will undoubtedly complement the other Blackpool trams on site very well. The tram is a credit to its owner and restorer, who will continue to work on a number of small detail jobs to further improve its appearance, whilst NEETT will also benefit greatly from having such a finely restored vehicle to show off to visitors. 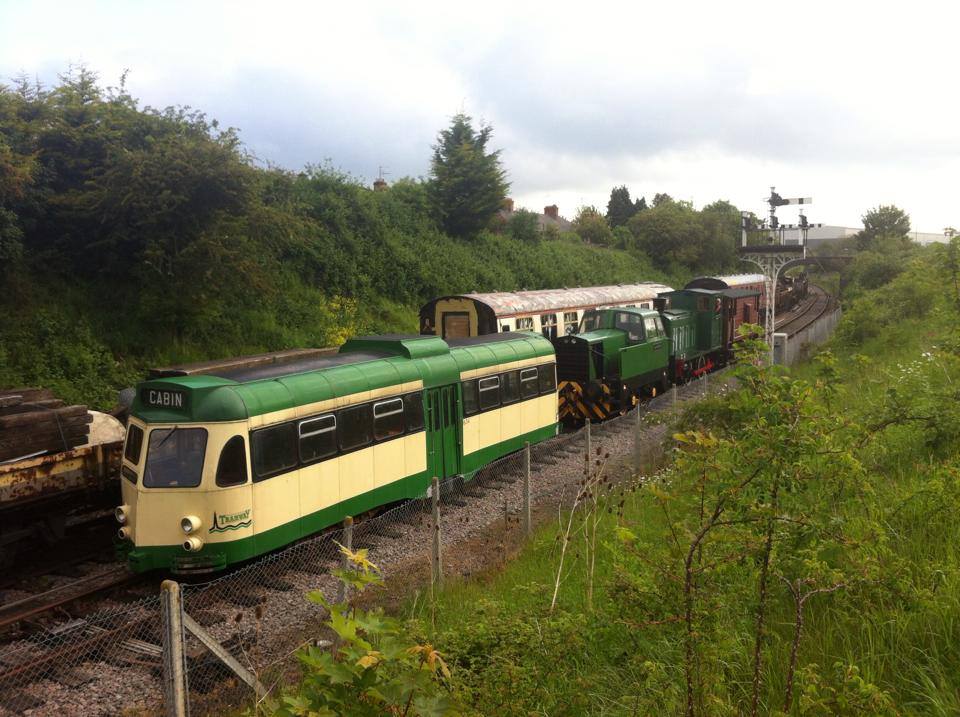 A delightful scene at Rushden with a diesel shunter preparing to push Blackpool 634 onto the waiting low loader that would take the tram away from Northamptonshire after a residence of four and a half years. 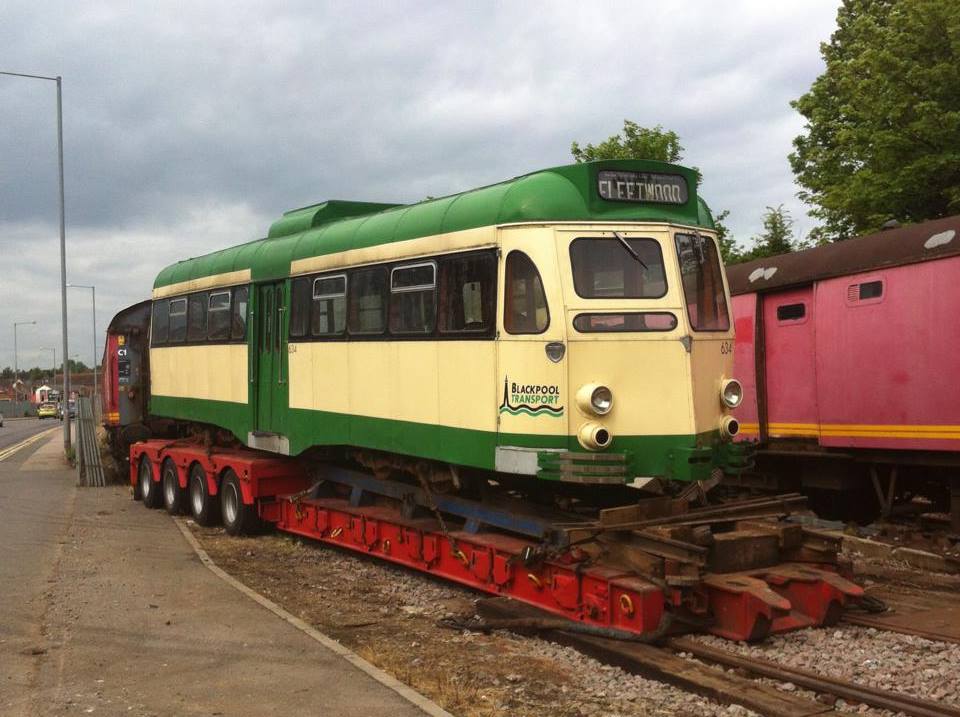 A final look at 634 loaded up before leaving Rushden behind. Despite standing outside for several years, the high quality of restoration work remains evident and 634 looks extremely smart. 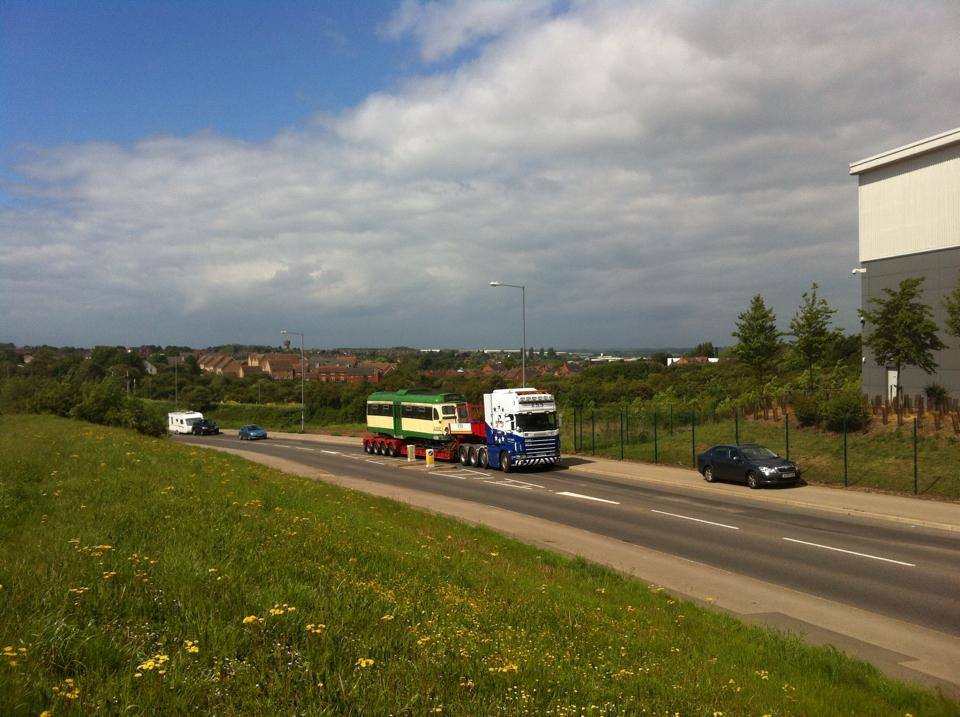 634's arrival in the North East by road is caught on camera as it nears the end of its long journey to Washington. 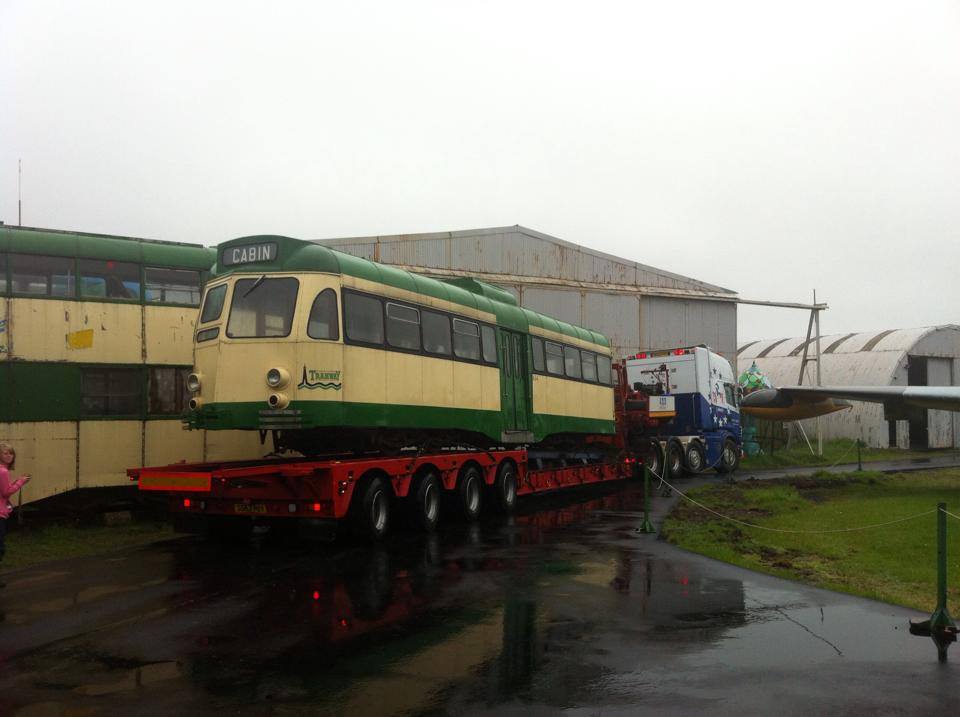 A soggy greeting for 634 as it meets up with an old friend, in the shape of Balloon 708. 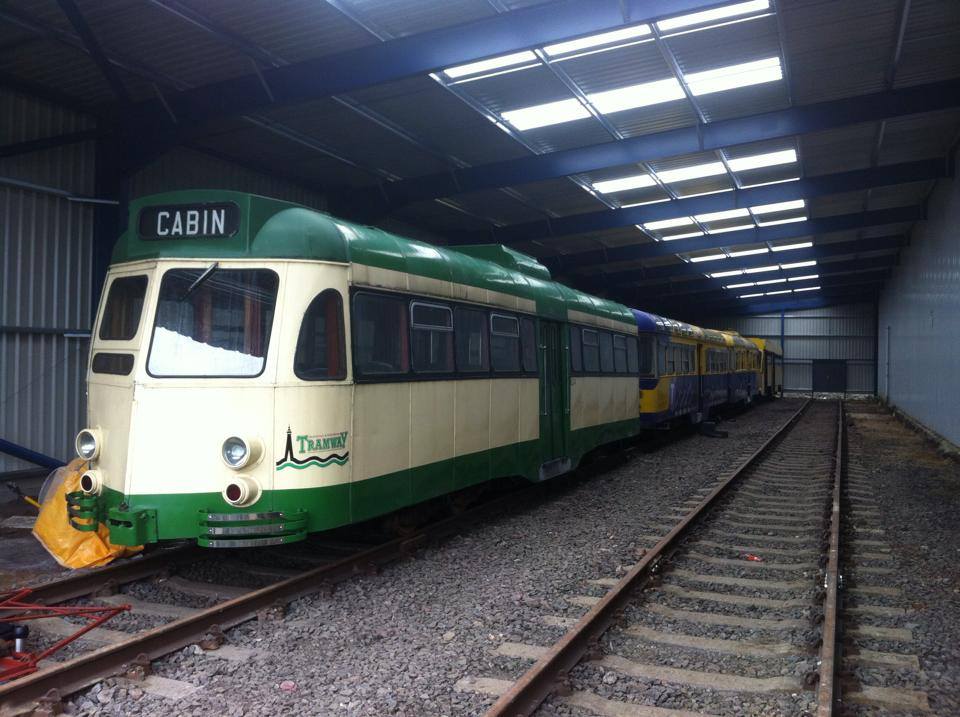 Looking very much at home, Brush car 634 heads a mouthwatering line-up of Blackpool trams in the NEETT tram shed after unloading on 24th May. (All photos by Andy Ashton)

3 Responses to In Pictures: Blackpool Brush car 634 arrives in the North East