Up close and personal with Sheffield 189

Posted on Tuesday 20 May 2014 by Andrew Waddington

The ‘Best of Sheffield’ event held at Crich Tramway Village to celebrate the return to service of Sheffield 510 provided visitors with a rare opportunity to not only see Sheffield 189 out in the open air, but also to have a look inside the tram. Whilst the lower deck was used to publicise the activities of the Tramcar Sponsorship Organisation, the upper deck was not and that is the subject of the rare photo we have published below.

189 was of course one of the early stalwarts of the running fleet at Crich; having arrived in working order from Sheffield, it was put to work as soon as electric tram operation began at the museum site in 1964 and was used regularly until 1980 when it was withdrawn from service due to concerns around the condition of the bodywork. These days the tram is normally fairly well hidden at the back of the depots, but it does occasionally come out for special events such as the one held on the weekend of 17th & 18th May. An interesting fact about 189 is that it was the search for somewhere to store this tram and a Sheffield ‘Roberts’ car which led to the discovery of the Crich site – and the rest, as they say, is history! This no doubt boosts 189‘s popularity, and as such it has in the past been considered for a full restoration, and the TSO are reportedly short-listing it as a candidate to be the subject of their next major project. 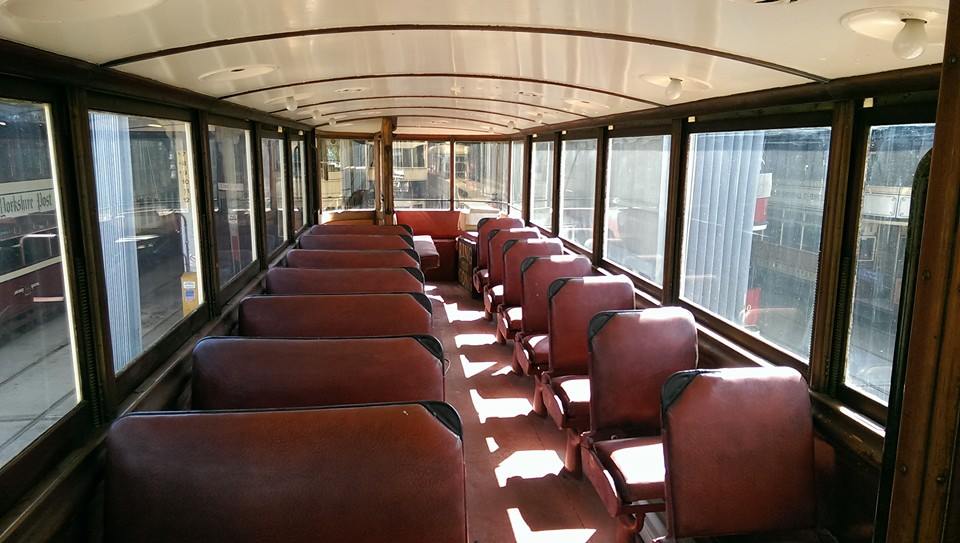 A look inside the upper deck of Sheffield 189 reveals that, despite many years of inactivity and not having yet received the full Crich workshop treatment, it still looks quite tidy and intact. Note the '2 + 1' style reversible seating, upholstered in leather, and the simple yet smart ceiling panels. (Photo by Martin Bryan) 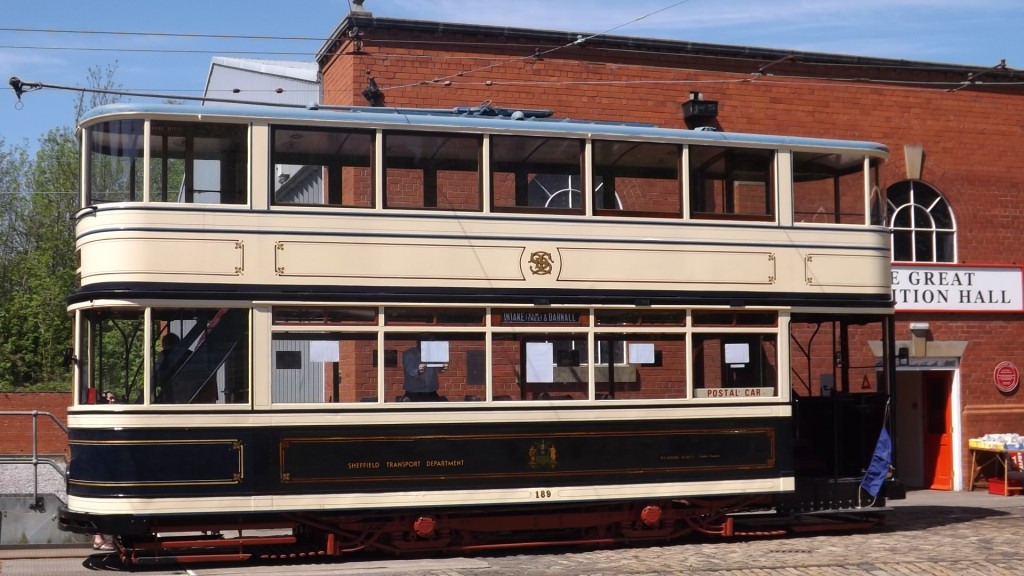 A more familiar view of Sheffield 189 whilst displayed in the depot yard at Crich on Saturday 17th May. Its appearance here is a little deceptive as the lower side panels are in a very poor condition, which can be seen when examined more closely. (Photo by Tony Waddington)

This entry was posted in Crich Tramway Village, Trams Up Close. Bookmark the permalink.

29 Responses to Up close and personal with Sheffield 189