In Pictures: Metrolink T68 1008 latest to depart for scrap

Manchester Metrolink T68 1008 became the fifth T68/T68A to leave the north-west for scrapping when it departed on the back of a low loader at 0915 on Friday 16th May. It has been expected that the LRV would depart the previous day but the low loader had not arrived and so the movement was delayed by a day. The heavily graffitied vehicle had spent time in the workshops at Trafford Depot before departure where it was stripped of any reusable and useful parts before the Allelys low loader arrived to take it on its final journey to Booths in Rotherham where it is likely now to be well on the way to becoming a collection of scrap metal. It is expected that 1019 will be the next LRV to be scrapped and its departure could be as early as the start of next week. 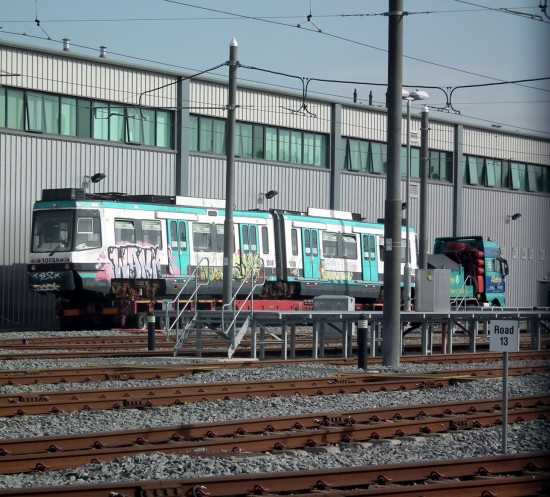 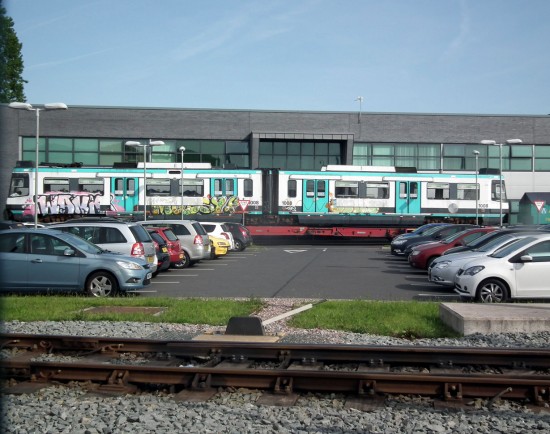 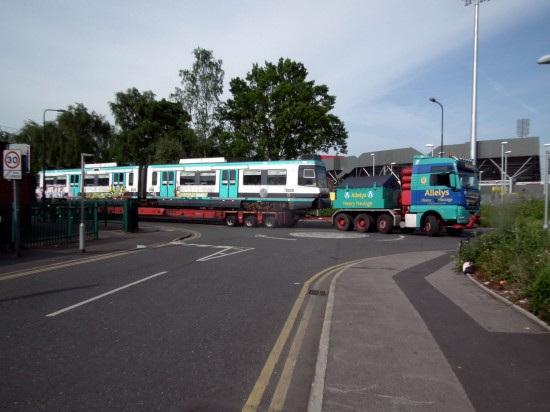 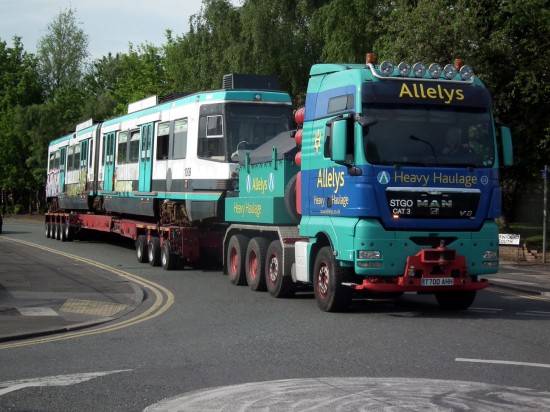 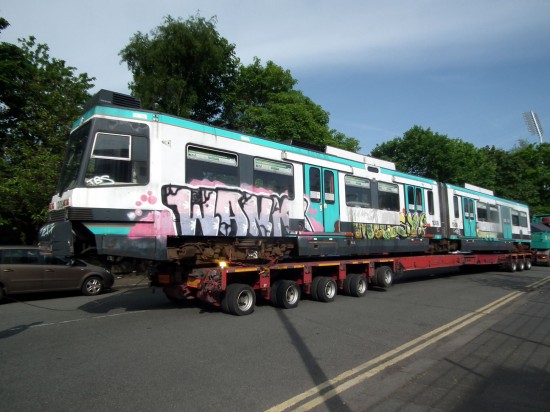 A series of images showing 1008 as it departs Manchester for the very last time. (All Photos: Steve Kemp)

19 Responses to In Pictures: Metrolink T68 1008 latest to depart for scrap