Its time for another edition of “Stop by Stop” as we are again on the Blackpool Tramway with our northbound journey now reaching Bispham.

In the last edition we had reached Cavendish Road and its not long after we leave that stop before we reach Bispham. The platforms here are staggered with the southbound one being passed first on the right before we also pass the heritage stop and then pull alongside the northbound platform. This platform is integrated into the old Bispham Station building, now converted into a café, meaning there is no shelter as such although there is cover built into the building. This platform also has information displays with the former crew/inspector areas either side of this now being used by the Bispham Station café. Back to the southbound stop and it has a shelter along with the other usual additions to the platform. 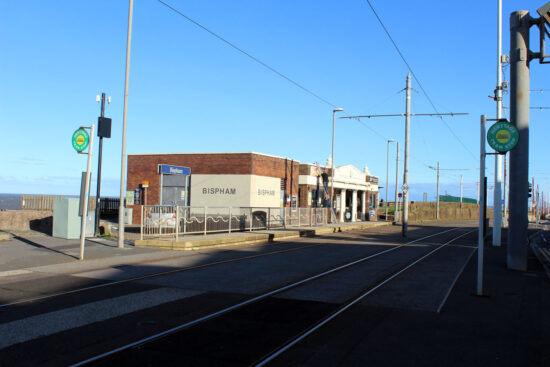 This is looking at the northbound platform and station building. The proximity of the heritage stop can be seen in this view as well with the familiar Heritage Tram Tour logos on the posts in the foreground. 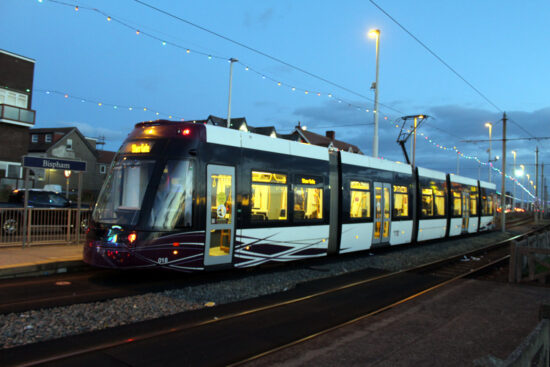 018 at the southbound Bispham stop on 26th September 2020 shortly after illumination switch-on. 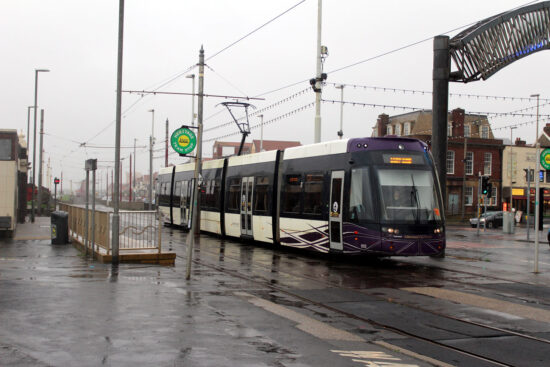 On 29th September 2019 we see 002 passing the northbound stop and heritage stops as it works a southbound service to Starr Gate. The line to Bispham Depot once headed up Red Bank Road seen to the right of the tram. (All Photographs by Gareth Prior)