Posted on Monday 20 September 2021 by Gareth Prior

This time in “Whatever Happened To?” we feature a tram which was reaching the end of its major restoration although hadn’t quite made it with its return to service not being until the following year. Here we see Leeds 345 to see what has happened to it over the intervening years.

Leeds 345 had been one of the first trams to arrive at Crich when it was delivered at the end of 1959 but it would have to wait nearly 50 years before it would enter service as a fully restored tram. Built in 1921 by Leeds City Transport as an open balcony car it was fully enclosed (to the condition we know today) in 1939 before being withdrawn in 1948. It was then used for storage before being preserved after the closure of the tramway in 1959. The fourth tram to get to Crich it required major work before it could run and with funding not in place it left for Clay Cross in 1982 before returning to Crich in 2002 for a start to be made. By the Tramathon in 2005 the work was coming towards an end although not yet complete.

345 would enter service during 2006 but would be withdrawn just four years later for more work before returning once more in 2012. It has since been operational each year since running as part of the reduced fleets in both 2020 and 2021. 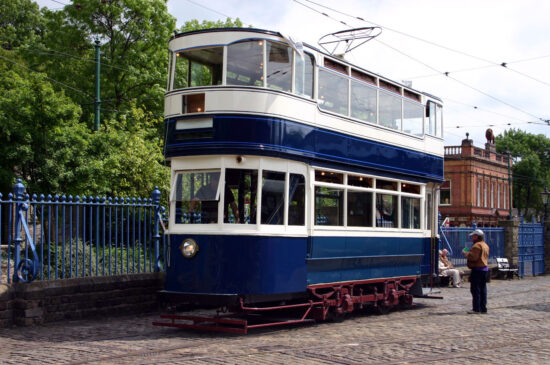 The not quite fully restored Leeds 345 is seen in the depot yard on 12th June 2005. Still waiting for final lining of the livery plus the fitting of destination blinds the tram would be on test during the event. 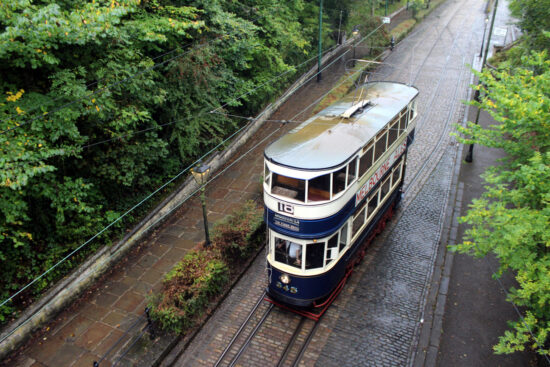 A view from above of 345 on 22nd September 2019 as its about to head under the Bowes Lyon Bridge. (Both Photographs by Gareth Prior)