Posted on Saturday 6 March 2021 by Gareth Prior

Our latest main site update features two Photo Galleries – one coming from mainland Europe in 2014 and the other back home in the UK from the first week of March 2021:

Gallery 924: Around the World in Trams Special – Erfurt Stadtbahn 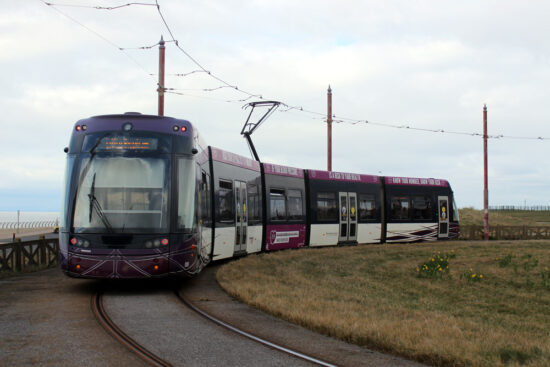 Over the past few weeks there has been some essential trackworks taking place on the Blackpool Tramway which has seen disruption to the usual service, with trams being unable to run the entire length since Saturday 13th February. After a period with no trams at all a service started to resume from Monday 22nd February with this gradually getting further north. On Thursday 4th March the northern terminus was Little Bispham and that is where we see Flexity2 008 on the loop having just terminated. It will shortly go round the loop and return south to Starr Gate. (Photograph by Tony Armitage)