Happy New Year! Let’s see what 2021 brings us. We start the year off with another edition of “Lockdown Walks” as we head to Sheffield again for another view of one of the original Siemens Duewag trams.

When the Supertram system was conceived a fleet of 25 trams were built by Siemens-Duewag in Dusseldorf, Germany between 1993 and 1994. A few of the trams underwent initial testing in Dusseldorf before they started to be delivered to the new Nunnery Square Depot in Sheffield. Delivered between August 1993 and July 1994 the example we see in the below picture arrived in South Yorkshire during the February of 1994. 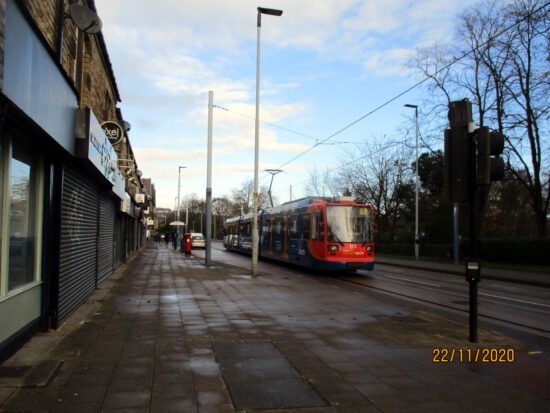