The 2013 operating season of the Blackpool Tramway Heritage Tours started on Good Friday 29th March with two trams being utilised on the timetabled service and an extra two in use as specials throughout the day. As reported extensively on British Trams Online in the past week or so the first and last timetabled trips on each day now run through to Fleetwood and the honour of the very first public heritage service to the northern terminus went, rather appropriately to Blackpool & Fleetwood Box 40.

The 99 year old tram departed Rigby Road Depot around 1030 and headed straight to North Pier (another change for this year means the first trip of the day doesn’t involve using the crossover at Foxhall to head to Pleasure Beach) where it picked up a healthy load of passengers. Further passengers were collected on its way north so that by time it reached Cleveleys (the last heritage tram stop before Fleetwood) there was very limited space on board. Other trams in use on this first day were Bolton 66 (also on the timetabled service), Princess Alice and Balloon 717 (the latter two running specials with 717 managing one trip all the way through to Fleetwood). 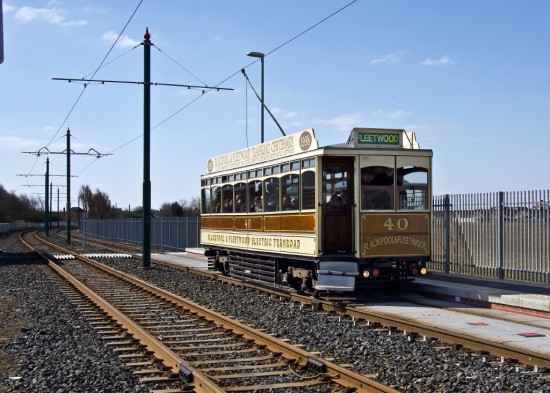 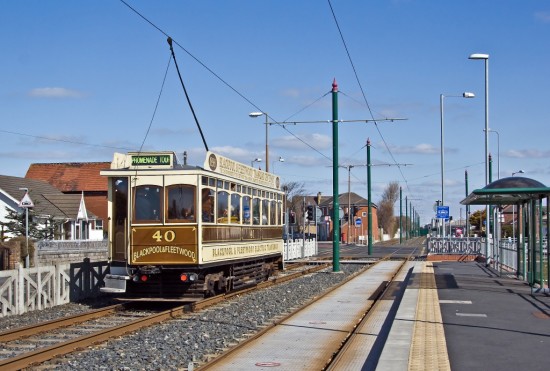 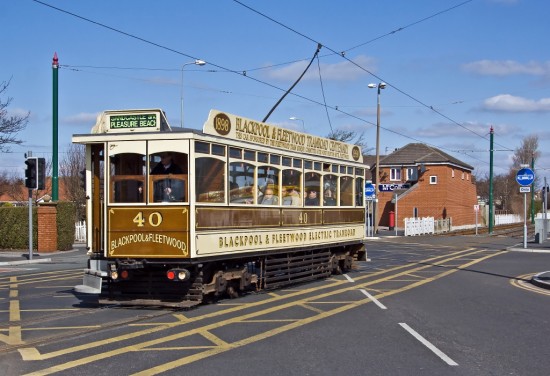 Our three images here show Box 40 passing Broadwater on its way to Fleetwood (first two) and then on its way back with the first Heritage Tour to and from the northern terminus. (All Photos: Alan Taylor)