Day two of the new and improved heritage tram service in Blackpool, Saturday 30th March, proved to be even more exciting than the first day with five different vintage trams joining the Flexities in action. Three of these even managed to visit Fleetwood Ferry, with two of those journeys being particularly historic, and despite the bitter cold, the day even witnessed the first Boat car working of 2013!

Easter Saturday got off to a great start with Standard 147 in charge of the first heritage tour of the day, which included a run to Fleetwood – its first since the northern section of tramway closed for upgrading at the end of the 2009 illuminations. It had previously been expected that 147 would have to miss the Easter weekend following the discovery of cracks in several of its ruby quarter window glasses, and delays experienced with the delivery of replacement glass. However, a temporary repair was effected using wooden boards allowing this popular tram to take its rightful place on the heritage tours on this bright but chilly day. It was soon joined by Box car 40, ‘Princess Alice’ 706 and Balloon 717, with the first two running as specials being directed by ‘Mr Heritage’ himself, Bryan Lindop, who was based at Pleasure Beach for most of the day.

However, for many people the highlight of the day occured in the early part of the afternoon, when ‘Princess Alice’ 706 was dispatched to Fleetwood following a request from an enthusiast. Not only was this 706‘s first visit to the town since November 2009, when it had operated a private hire on the last day of the season, but it was also the first such run by any open top tram in the modern era! Despite being completely unannounced, this historic journey was very well patronised and a good number of enthusiasts took to 706‘s top deck to enjoy this memorable occasion. On arrival at the Ferry, 706 stood behind a service car before posing at the new heritage tram loading stop alongside the lighthouse, giving those present the chance to capture on camera some scenes that many had never dared hope we would ever witness again.

The surprises kept coming well into the afternoon though, with 706 returning to depot on its return trip as its determined (foolish?) crew had requested to continue their shift on a Boat car! Despite a few brief snow showers earlier in the day, the afternoon remained dry and so at around 3:30pm, Boat 230 duly appeared at North Pier and was soon packed with passengers keen to enjoy the first Boat car working of the year despite the far from ideal weather conditions. This tram then performed several journeys between Pleasure Beach and North Pier for the remainder of the day. The only black spot on a near perfect day involved car 40, which had to run in early due to a minor defect, with 706 being sent back out in its place. It was then left to Balloon 717 to run to Fleetwood again, concluding another succesful day of heritage tram operation.

With both available Boats expected to run over the next few days and Twin set 272+T2 due to appear on Easter Monday, it looks like the Blackpool tramway is starting the 2013 season in fine form and, as some enthusiasts commented, at times it felt just like the good old days with heritage trams running to various random destinations and plenty of changing between cars so as not to miss out on anything! 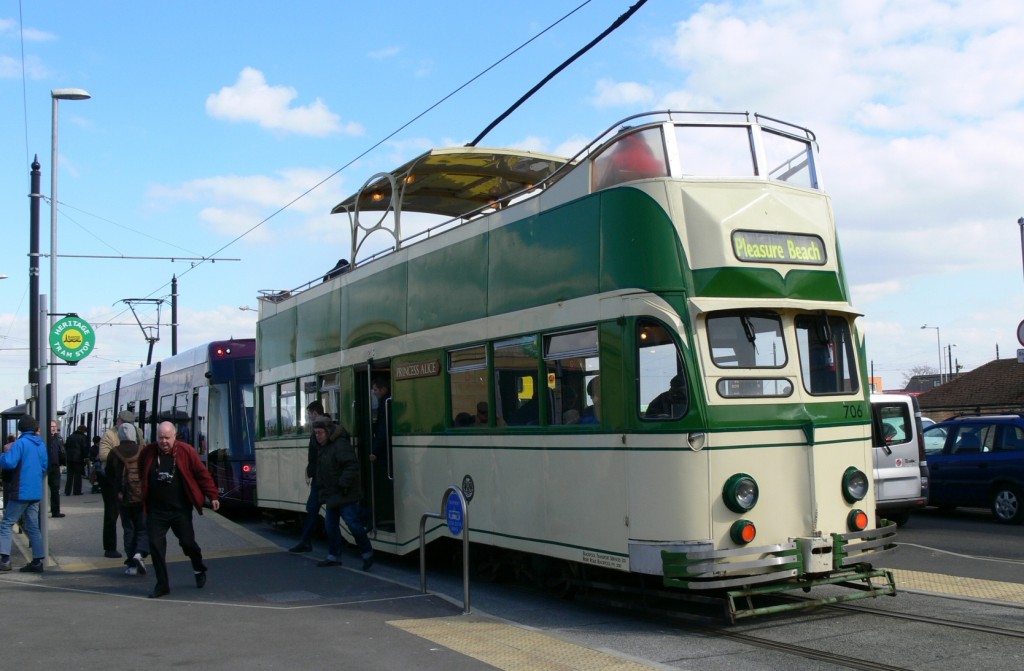 A remarkable sight with open-top Balloon car 706 waiting behind a Flexity at the Fleetwood Ferry tram stop on March 30th 2013 - its first appearance here for three and a half years! (Photo by Andrew Waddington) 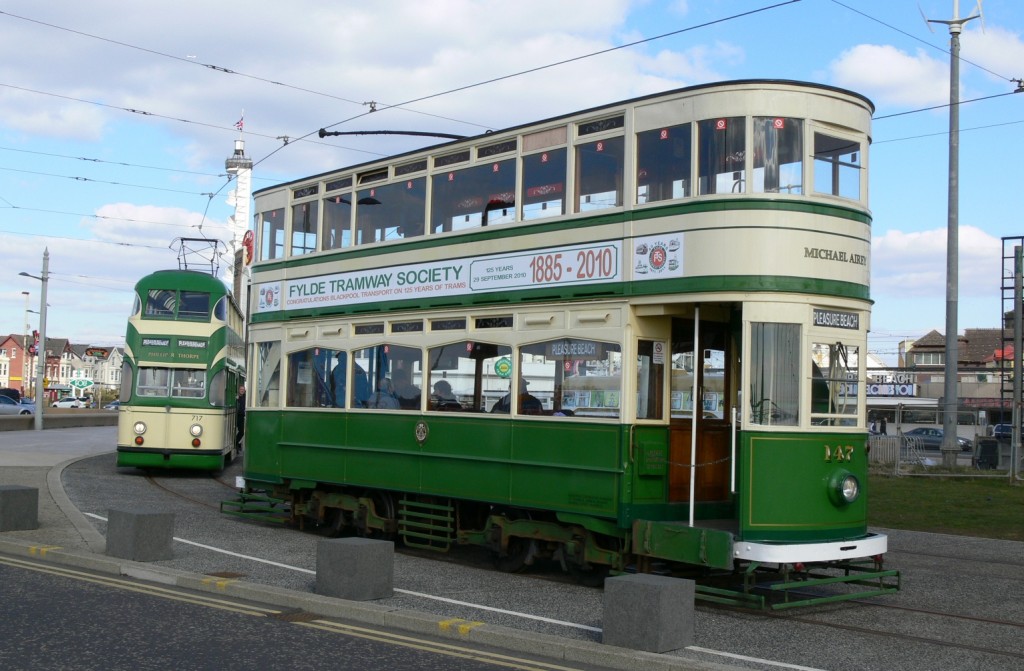 Standard 147 basks in the deceptive spring sunshine on the Pleasure Beach outer loop, as Balloon 717 waits patiently behind. (Photo by Tony Waddington) 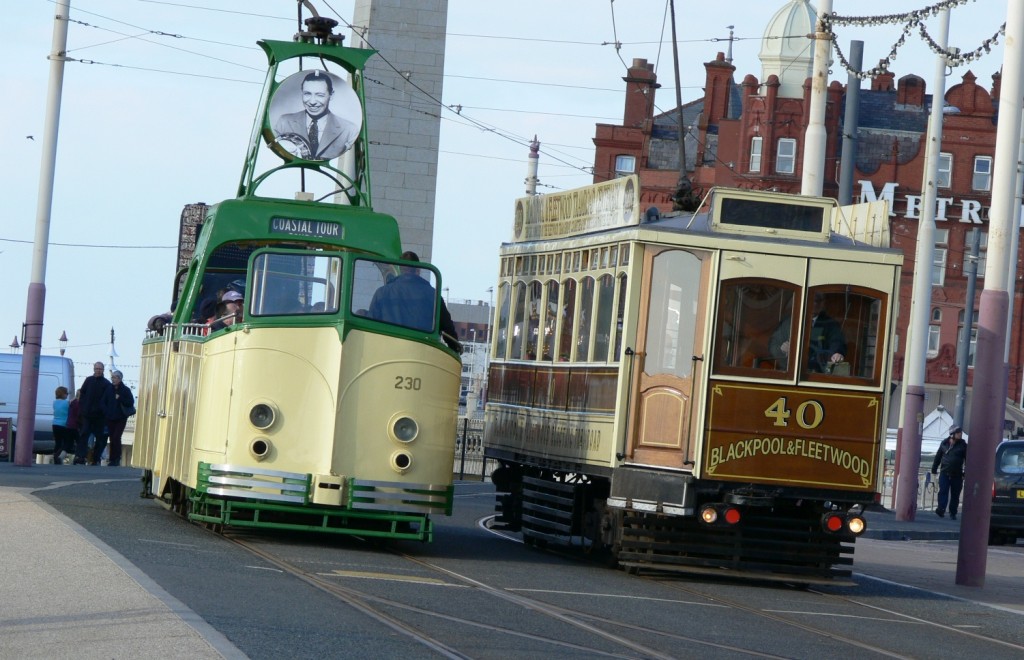 Box 40 retreats to the depot empty with a fault as Boat 230 waits to reverse on the crossover at North Pier for its maiden voyage of 2013. (Photo by Tony Waddington)