Around the World in Trams: Potsdam 407

Posted on Saturday 7 March 2020 by Gareth Prior

It is very nearly time for us to leave Potsdam but before we do we just have the time for one more photo taken in this historic German city.

This photo shows another of the Siemens Combino trams with 407 passing the Stadtschloss on the approach to Platz der Einheit. It is operating on a route 96 service to Campus Jungernsee. The Stadtschloss was badly damaged in the Second World War and was then demolished by DDR officials however has since been rebuilt following reunification. It was completed in 2013 and now houses the state parliament of Land Brandenburg. 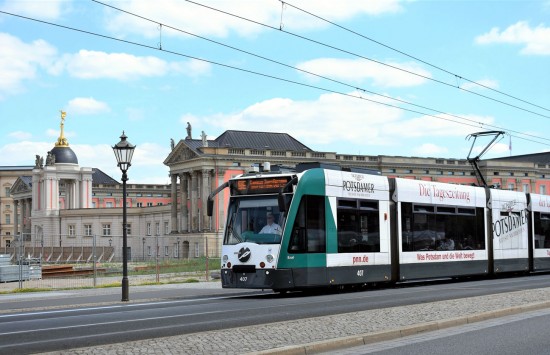