We carry on taking a look at Crich’s 1973 Transport Extravaganza for this week’s Picture in Time with Glasgow 1297 the tram seen in the picture.

We saw 1297 a couple of weeks ago in this series when it was pictured alongside fellow Glasgow car 1100 but this time it is all alone as it stands at Stephenson Place. This view is very recognisable today as although there has been some development in the vicinity many of the original quarry buildings remain in situ today. As for the tram, at the time of this picture it had been running at Crich for around four years having entered service in the last year of the 1960s. It would remain operational for 20 years – which included spells in both Blackpool and at the Glasgow Garden Festival – before being taken out of service requiring further workshop attention. It did return briefly in 2006 and 2007 but was soon out of action again and is now in the Great Exhibition Hall on display waiting for its chance to go back through the workshops. 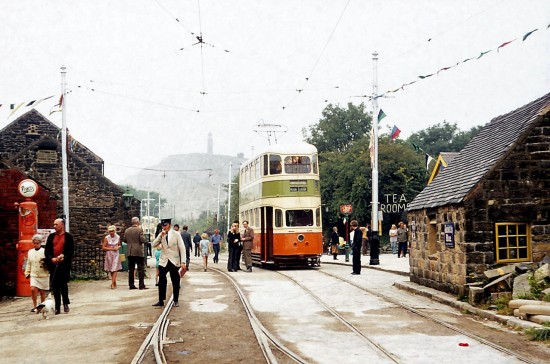