In Pictures: Magenta clinging on in the West Midlands

Just when you thought you had seen the last magenta tram actually running on the West Midlands Metro then 37 comes along with a replacement front wing – still in the old fleet livery! It is likely that 37 has bene one of a number of trams to be involved in RTCs recently which caused damage to its front wing which necessitated its replacement. As with all modern trams the construction of the panelling is such that when it does receive damage it can be just taken out and replaced with a spare and that is exactly what has happened in this case; although it would seem that as yet the re-vinyling hasn’t extended to these spares! 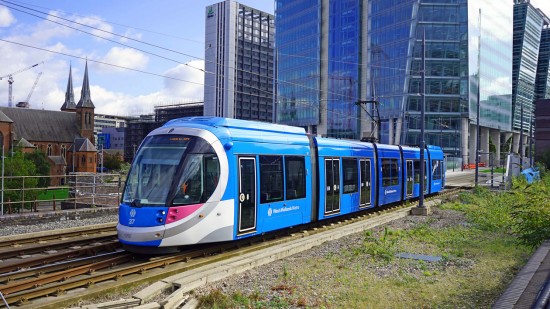 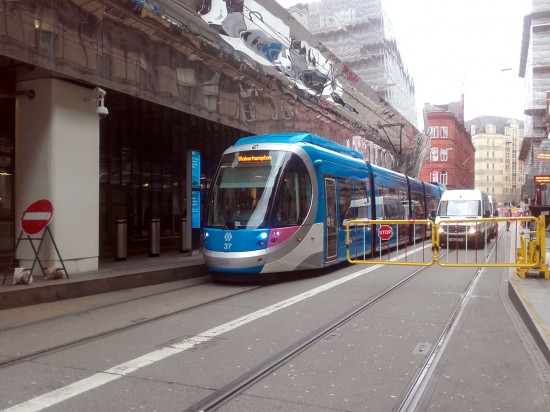 Another look at the replacement panel on 37 as it stands at Grand Central. (Photograph by Simon Robinson, 3rd October 2019)