Posted on Wednesday 2 October 2019 by Gareth Prior

It was going to be the star of the September Spectacular weekend in Blackpool having been launched at the start of the week but in the end the Fylde Transport Trust’s Standard 143 ended up being a static exhibit after a motor problem meant it was unable to run under its own power. However, despite only being on static display at North Pier/Tower it still turned heads giving a foretaste of what is to come when the tram does finally run in service.

As we reported last week Standard 143 was officially launched into service on Monday 23rd September with Blackpool Transport Managing Director Jane Cole breaking a bottle of champagne against the tram to mark its return to action – the first time in 62 years that it had run as a passenger tram (and 29 years since it was last used in its days as an engineering car). With this ceremony taking place at North Pier, 143 then took invited guests down to Pleasure Beach where a buffet reception took place (plus talks and films on the trams) . It was then due to take in a full tour of the illuminations but only reached Cabin northbound where it failed and eventually had to be towed back to depot by Engineering Car 754 (ironically its replacement in this role).

The problem suffered by the tram was diagnosed as a dault with its motors – both the trucks and the motors had been donated to the Fylde Transport Trust by Blackpool Transport following the aborted attempt to restore it for the 125th anniversary in 2010. It was said that the motors had been overhauled at this point and recent concentration on getting the tram into service had been on other aspects of the tram. It isn’t known what, if any, attention was given to the motors during the final stages of the restoration.

Despite this motor problem it had been hoped that 143 would be able to run on one motor briefly for a Fylde Tramway Society tour on Friday 27th September, but this was to prove beyond the tram as it was unable to be moved from depot leading to Bolton 66 taking its place (a tram which in turn suffered issues – see our report on the FTS tour coming soon!).

With the tram unable to move under its own power it also wasn’t going to be possible for 143 to be used in service during the September Spectacular weekend but rather than just keep the tram confined to barracks the decision was taken to be put it on static display at North Pier/Tower. Towed to and from there by Shop Tram Balloon 718 at the start and finish of each day, 143 may not have run in service but was getting many admiring looks from not just enthusiasts but also the general public (especially in Saturday morning’s sun) – giving a foretaste of what is to come when the motors are dealt with.

When 143 may be available for service is not yet known with a full inspection required of its motors before the exact cause can be ascertained. Once this is done a programme of repairs will be put into place to allow the tram to enter service. It will be later than we expected but having seen it in the flesh we are sure that it is something that will be well worth the wait! 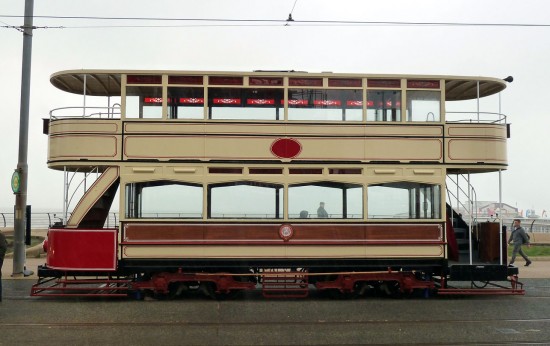 Stunning is just one word you can use to describe Standard 143. On display and attracting onlookers the tram is seen at North Pier/Tower on 28th September. (Photograph by Peter Dockerty) 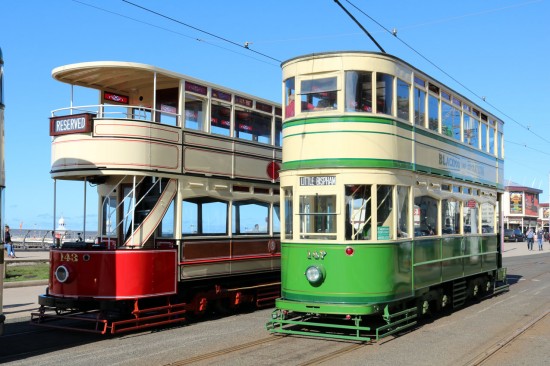 It’s the shot we all wanted – two Standard Cars together again in Blackpool. With 143 in the loop line at North Pier/Tower, 147 passes by heading off to Little Bispham. (Photograph by Trevor Hall) 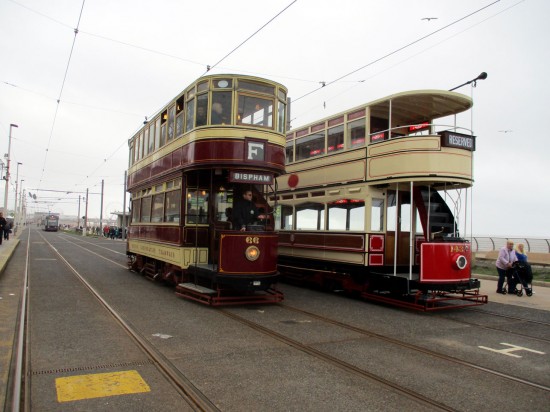 Two more trams together which were a popular combination, traditionally shaped trams in the form of Bolton 66 and Standard 143. (Photograph by Stuart Cooke) 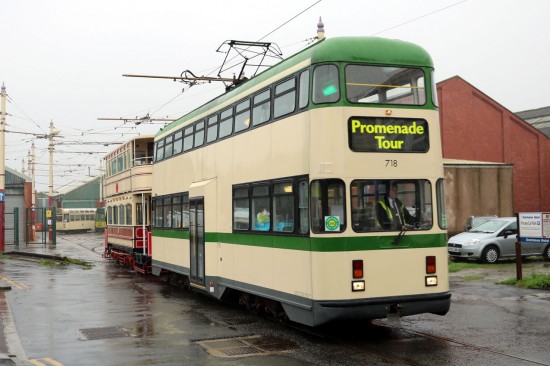 As the very heavy rain falls on 29th September, Balloon 718 brings Standard 143 out of depot for its trip to North Pier/Tower. Twin Cars on the depot fan are seen in the background. (Photograph by Trevor Hall)