642 returns to service in Blackpool

Blackpool Centenary car 642 made its welcome return to passenger service, as expected, on Sunday 19th August, when it was one of four trams to be employed on the enhanced heritage service between Pleasure Beach and Little Bispham. It has also been confirmed that it will operate a special evening tour on Friday 24th August – this time paired with sister car 648. This of course celebrates 642‘s recent mini-overhaul and repaint into an amended version of its 1995 ‘Travelcard’ advert livery.

Both cars are due to depart from Rigby Road depot after 1600hrs, and will split up, with several opportunities to swap between the two – and of course, to take photographs of two Centenary cars together on the tramway for the first time in well over two years! Both trams are due to be back in depot by 2110. To ride on this tour, passengers must purchase a heritage day ticket, which will also entitle the holder to ride on the daytime promenade tour service as well – great value for money! This should be a great way to start off another ”Gold’ Bank Holiday weekend which, thanks to the cancellation of the planned music festival at the Tower Headland, will include frequent operation to Fleetwood on all three days. 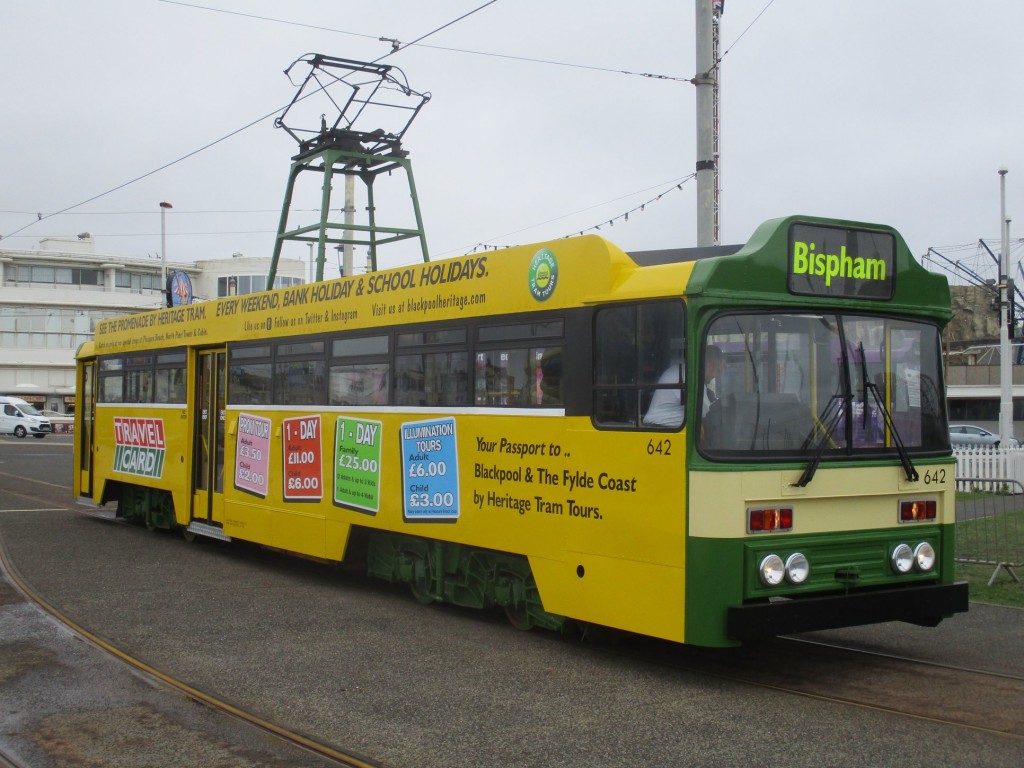 642 is seen at Pleasure Beach showing off its unusual advert/fleet livery on 19th August shortly before departing with its first passenger journey since 2016. (Photo by Rob Bray)