Posted on Thursday 2 August 2018 by Gareth Prior

The third West Midlands Metro Urbos3 with batteries installed has entered revenue earning service with 36 returning to action on Thursday 2nd August. It was only in service briefly before returning to depot but this day also made history for the line as it was the first time two battery fitted trams were in service at the same time with 31 also allocated to service.

You may have thought that with 36 having been out of service having the batteries fitted and then undergoing testing and commissioning that it would have been an ideal time for the tram to become the second in the new livery but that isn’t the case. 36 returned to service in the old colour scheme albeit with West Midlands Metro logos added as per the rest of the fleet.

Another tram has also been in the wars recently with 30 involved in a collision with a car at Priestfield over the weekend. Following a few days out of use it has now returned to service after repairs which have meant the West Midlands Metro logo and number on one end are currently missing. 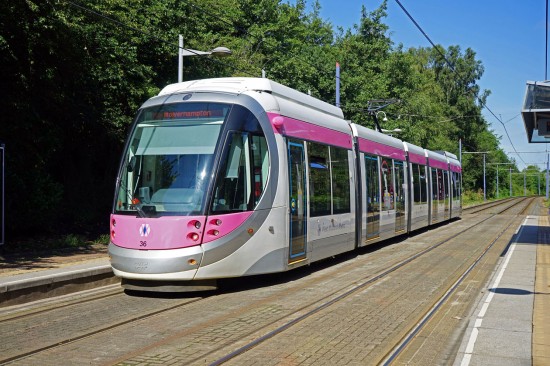 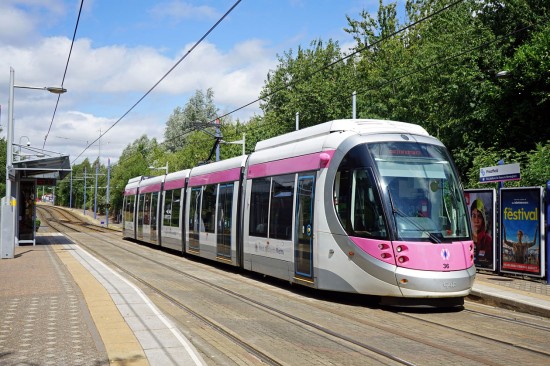 Another view of 36 as it pulls into Priestfield. 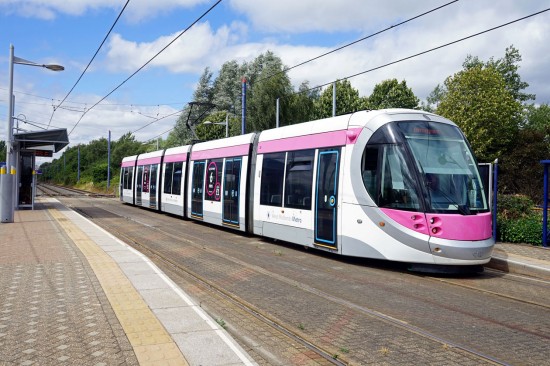 30 also in action on 2nd August showing off its end without number of West Midlands Metro logos. (All Photographs by Andy Walters)

1 Response to In Pictures: Another battery tram enters service on West Midlands Metro