Posted on Saturday 10 November 2012 by Gareth Prior

Manchester Metrolink T68 1024 has been named Jeff Jardine, to mark the retirement of  one of Metrolink’s long serving controllers. Jeff had been with Metrolink since January 1992 – before the line had opened to the public – and has been in the Control Room for many years with the naming being carried out as a surprise on his last day at work. This is the first naming of a T68 since the Vans sponsorship two years ago. 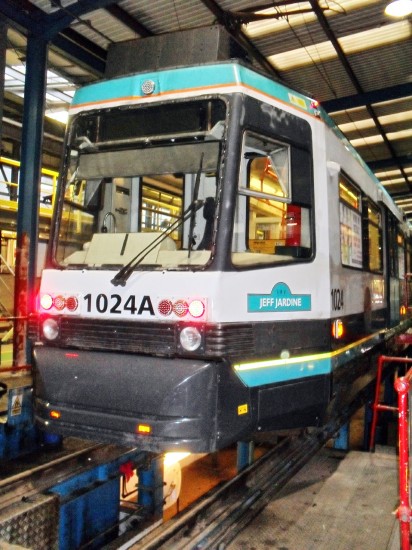 A view of 1024 in the workshop at Queens Road showing its new name stickers. (Photo: Andy Coward)