644 is one of the eight Centenary class cars built by East Lancashire Coachbuilders during the 1980s for year-round operation in Blackpool. After providing sterling service for more than twenty years, the class were retired from front-line service after use on Sunday 6th November 2011, and 644 was subsequently sold to Farmer Parr’s Animal World at Broadwater near Fleetwood, becoming the first of its type to leave Blackpool for good in January 2012.

Of course, 644 has had a long association with Farmer Parr’s having advertised the attraction since 2003. Initially this was a split design with Fleetwood Market on the other side and end, but this was overpainted in 2010 leaving half of the tram advertising Farmer Parr’s and looking rather faded, with the other half in an immaculate coat of plain yellow. This lasted until the tram was withdrawn from service at the end of the 2011 season, on the eve of the opening of the upgraded tramway.

Since arriving at its new home, 644 has remained untouched. The tram has been placed alongside a large open barn near to the entrance area of the farm park, and is completely exposed to the elements. It is pleasing to note that visitors are encouraged to board the tram, revealing a very smart interior which looks no different from when it last carried passengers in Blackpool. Unfortunately, this writer’s visit to the farm saw the tram with several open windows – presumably visitors have been opening them to let in some air on hot summer days, but this won’t do the interior any favours in more inclement weather!

As yet, there are no firm plans for the tram. Various suggestions have been made, including removing some seats and installing fixed tables to transform its saloon into a covered picnic area. Another, less likely option was to convert it into an ice cream parlour! Whatever happens though, for now at least 644 has a reasonably secure future, and is probably the first Blackpool tram to be saved from the scrapman thanks to its all-over advert livery! The car can be seen at a distance from a public road, but for any readers who wish to view 644 up close, admission to the farm is a very reasonable £5.50 making a trip to see it whilst in Blackpool well worthwhile for fans of the Centenary cars. 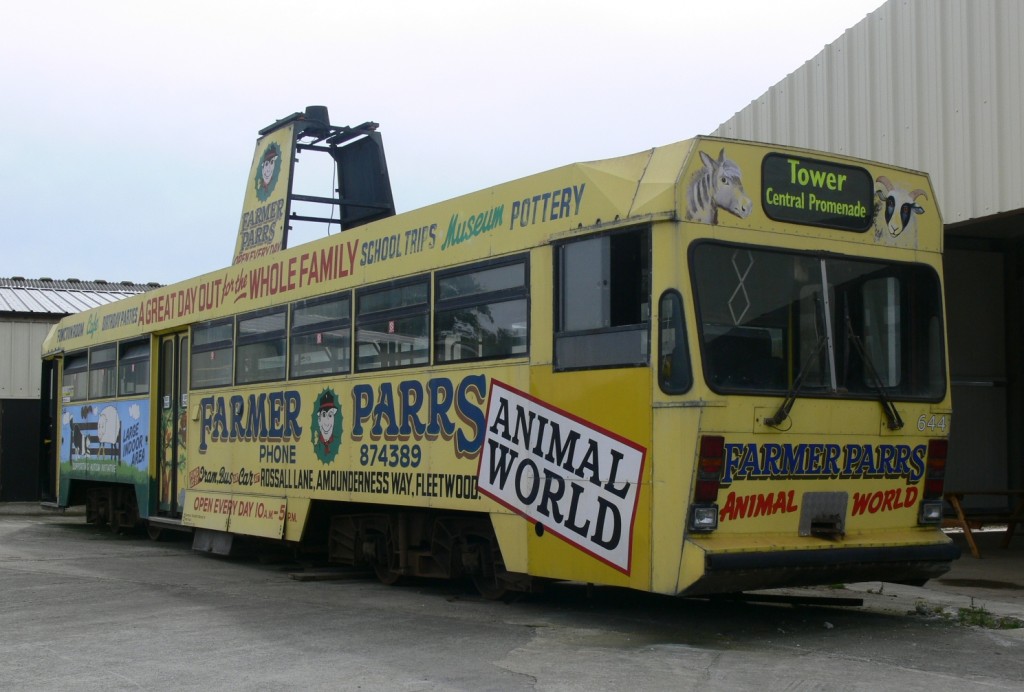 Showing off the advert livery that may well have saved its life, here is 644 in the strange surroundings of Farmer Parr's Animal World. (Photo by Andrew Waddington) 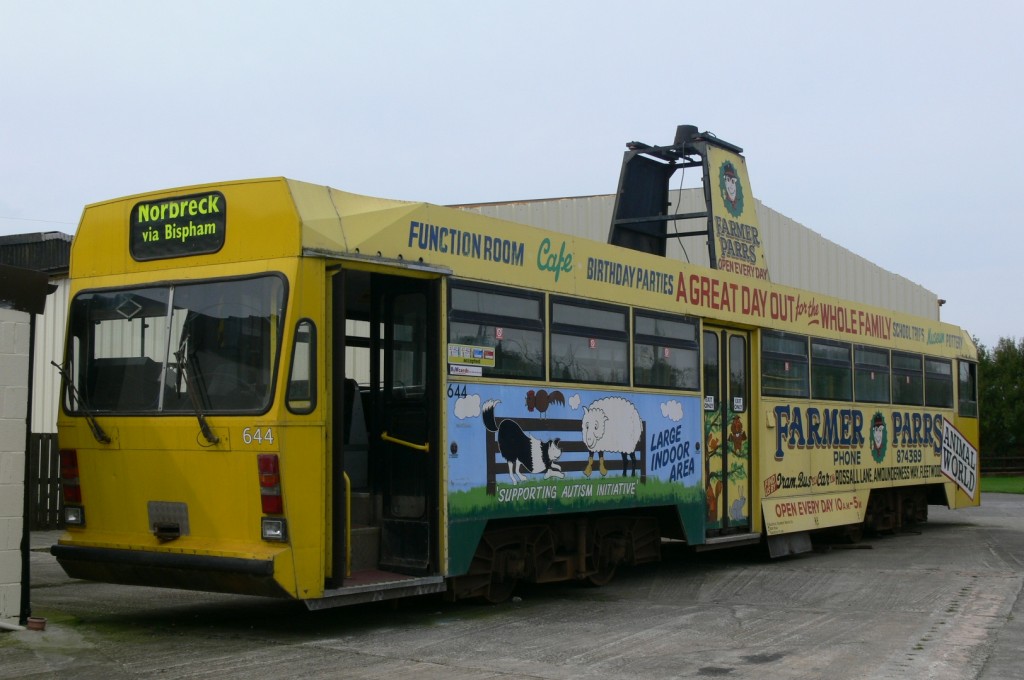 Seen from the other end, 644 is showing the unusual destination of 'Norbreck', which was specially wound on for this photo! (Photo by Andrew Waddington) 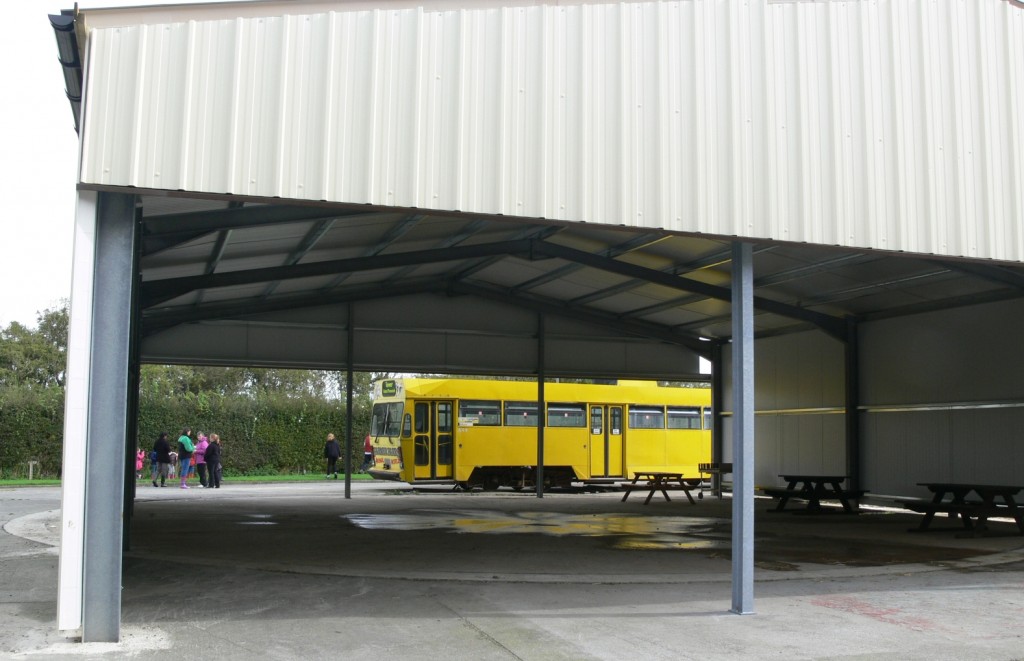 An even more bizarre view through this open display barn showing the advert-less side of 644. (Photo by Andrew Waddington) 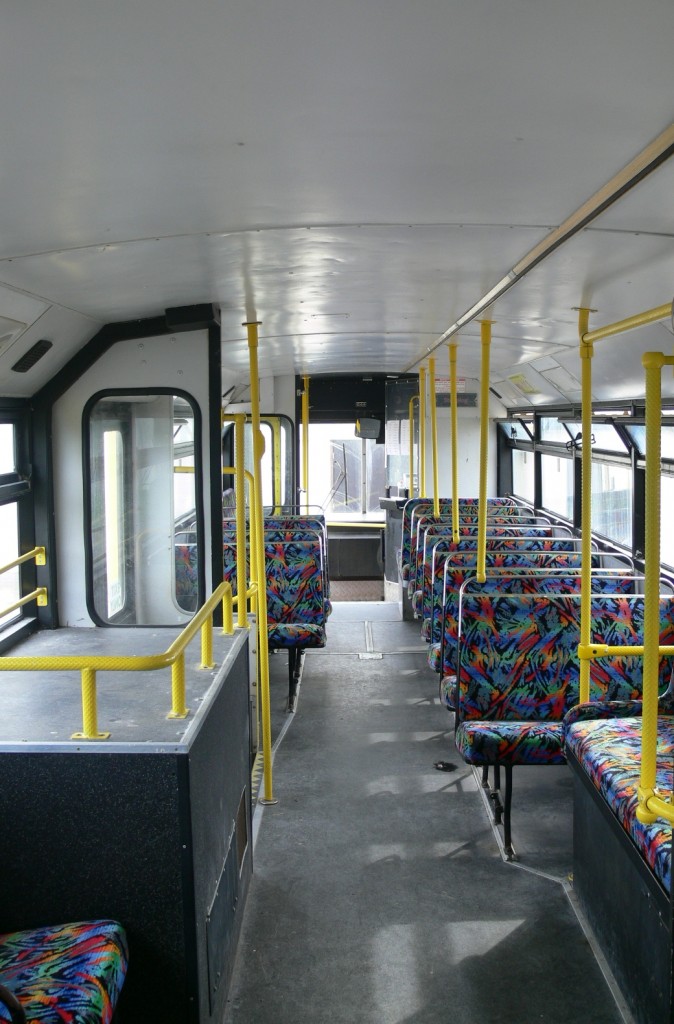 Our final view of 644 in its new home shows the interior, as refreshed in 2003, which should bring back many memories of the tram's time operating along the Fylde coast. (Photo by Andrew Waddington)