Posted on Saturday 26 August 2017 by Gareth Prior

We continue our Picture in Time series with a return visit to Manchester for a couple of views of T68 1017 in the first year of the network – 1992.

Having been built at Firema’s Casertane Works 1017 was delivered to Manchester on 18th February 1992 and had to wait until 27th April of the same year before it entered service. The tram suffered two collisions during its career (the first with a bus in 2006 and the second in 2014 which led to its withdrawal from service) and also derailed in 1994 close to Collyhurst tunnel. Another claim to fame for 1017 was that it became the last T68 to call at Woodlands Road on 13th December 2013. Formally withdrawn on 21st January 2014 (the 26th of the combined T68/T68A class to be taken out of service) the tram left Manchester for scrapping on 23rd October 2014. 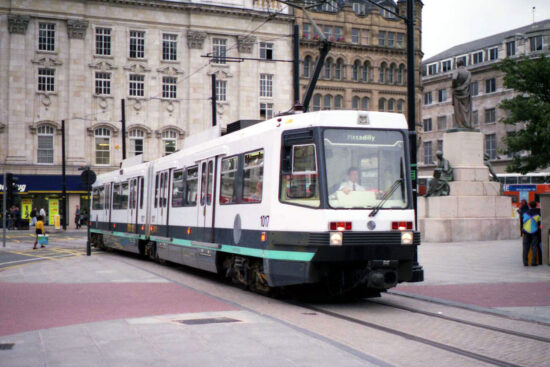 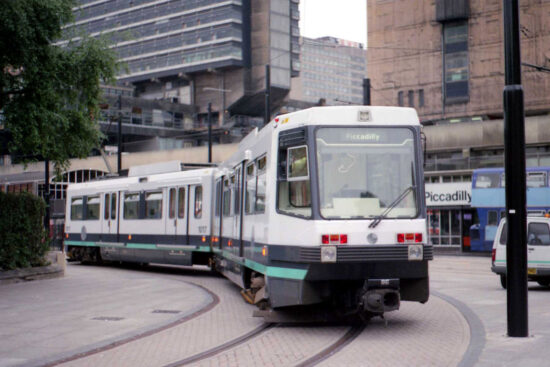