Amazing news from the Statfold Barn Railway concerns Burton & Ashby 14, which was famously repatriated from the USA last year and securely housed in one of the centre’s buildings. Since its arrival not much has been heard about the tram, but a recent open day revealed that it has actually received considerable attention since its return to the UK – and most excitingly of all, plans are afoot for it to operate in its home country again next year!

14 was of course rescued following an impressive effort by a small number of tram enthusiasts and local people who were keen to ensure not only its survival, but also its return to the UK after spending over three decades in Detroit before being put up for auction late in 2014. For its first six months back in Britain it sat untouched, but since then much has changed with extensive renovations taking place. The tram has received some body work, including strengthening of the main frame, whilst the exterior has been treated to a complete repaint in its attractive maroon and cream livery. To conform with modern safety requirements, high mesh has been fitted around the open top deck – which is in fact historically correct as the mesh fitted on its previous restoration was too low – and the decency panels are now adorned with stylish period advertisements, replacing the lettering it carried in Detroit. Mechanical work is also being tackled; the motors are currently away for overhaul along with the wheelsets.

Remarkably, the railway are hoping to have the tramcar fully overhauled and operational early next year. This will entail constructing a brand new line specifically for it to run on, although this is not expected to feature overhead wires and therefore the tram will be powered by batteries. Whilst admittedly not authentic, such a compromise is surely a small price to pay if this means that a tram which has not run in the UK since the 1930s, can return to service again in the near future. Whilst the Statfold Barn Railway is only open to the general public on a very small number of dates throughout the year, opportunities to enjoy the tram again after so many years away will be much appreciated and its new owners must be applauded not only for offering a home to this unique survivor, but also for restoring it to its former glory in such a short period of time after years of neglect. It is also understood that there are plans for it to briefly return to Burton for display, which really would be the icing on the cake for a truly remarkable turnaround in the fortunes of this tram! 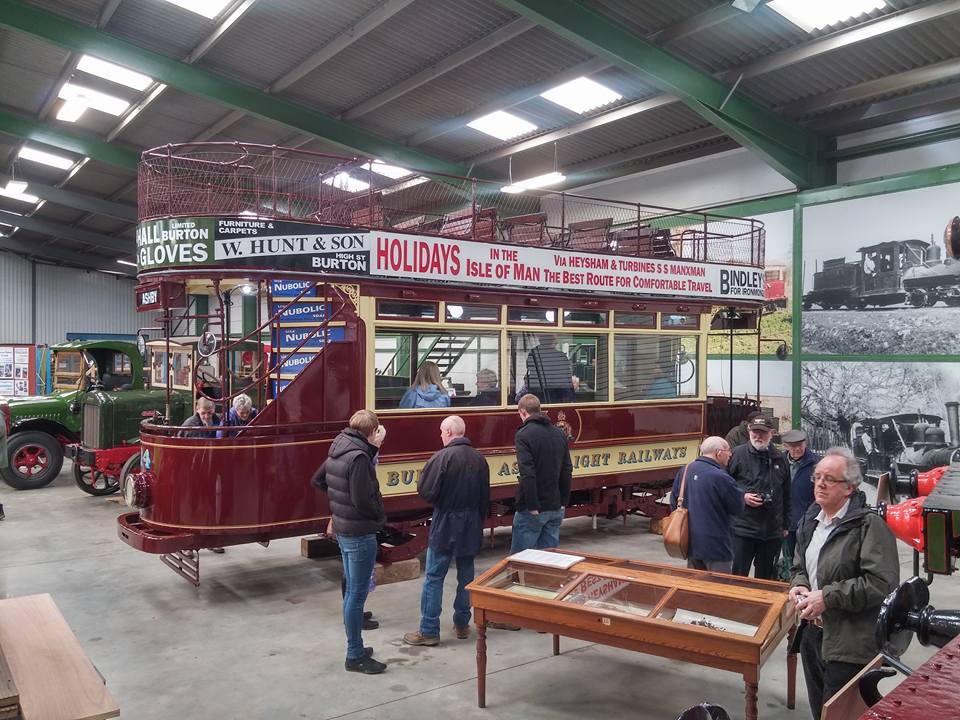 A general view of one of the vehicle 'barns' at the Stafold Barn Railway with Burton & Ashby 14 dominating the scene. 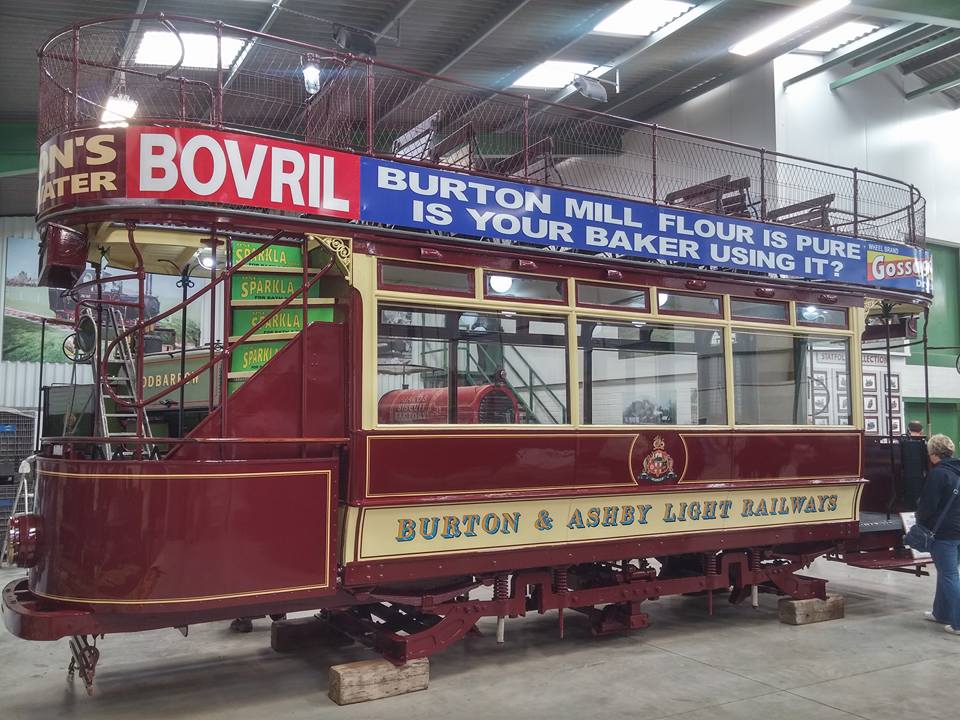 A closer view of Burton & Ashby 14 shows different adverts on both sides, and what a superb paint job! Note also the main truck components are absent at present whilst being overhauled. (Photos x 2 by Sean Croshaw)