Balloons and blinds – Blackpool prepare for the new heritage season

We may be in the depths of winter but that doesn’t mean things are quiet in Blackpool – in fact, preparations are now well underway for the first ever heritage ‘winter gold’ event on 30th & 31st January. As reported previously, this will see six trams in action on each day and some preparations are already being made – mainly to train up some new recruits who will hopefully soon be driving the heritage fleet.

In order to ensure that the enhanced heritage service advertised for 2016 can operate, there has been another recruitment drive and some training is taking place this week to familiarise some of the new volunteers with the trams they could soon be crewing. Monday 25th January saw ‘B Fleet’ Balloon car 711 out on driver training duties; duly becoming the first double-deck tram to run in Blackpool this year. Sister 719 was stabled on the depot fan for a while on standby but was not required on this occasion. 711 was used again for the same purpose the following day; this tram seems to be the favoured option for training of heritage tram drivers.

Meanwhile Peter Watts has been busy preparing more period-style black and white destination blinds for the fleet. The next two recipients of his work will be Boat cars 227 and 600, as he has recently produced eight smaller blinds – four for each tram as the Boats of course retain their side destination displays, long since removed on the other streamliners. These should be in place before either car runs again, and a further set featuring a different font style will then be produced for car 230 to better suit the later style of livery worn by this tram. Of note, these new blinds feature the legend ‘North Pier and Tower’ in traditional slanted lettering, this being the official name now being used for the heritage stop near Festival House, as well as a few old destinations from the past. ‘North Station Blackpool’ also features, in a nod to both the past and future of the tramway. 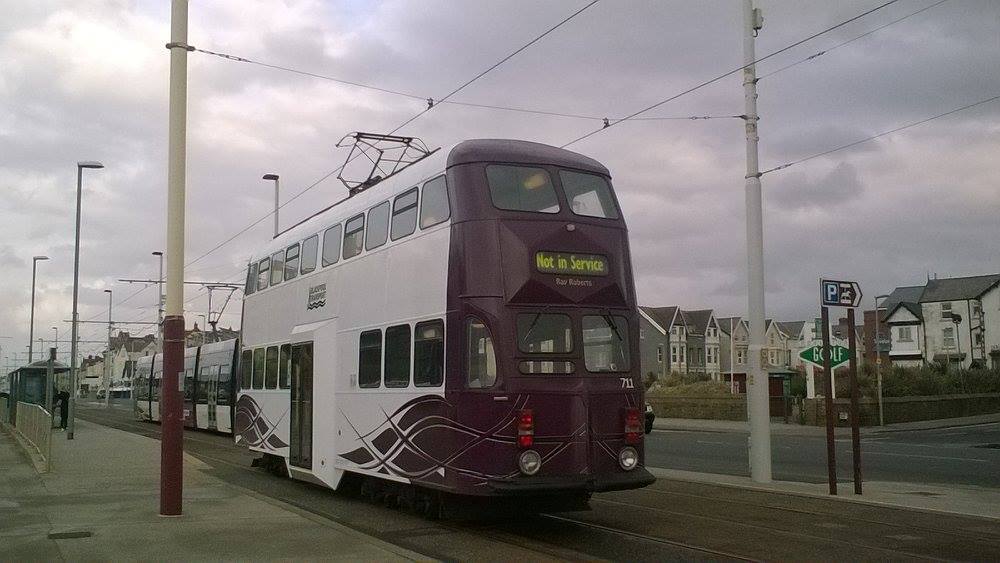 Balloon 711 at an unusually deserted Pleasure Beach on 25th January, as it heads north whilst employed on driver training duties for the first time in 2016. 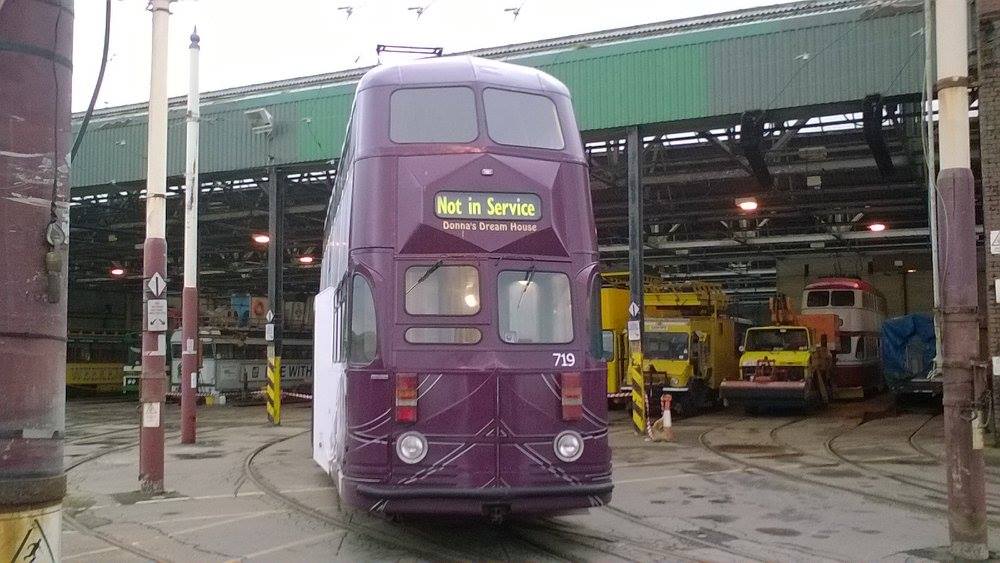 On the same day, 719 stands on the depot fan. Perhaps of more interest, on the right snowplough-fitted Balloon 701 can be seen along with the new arrival Lytham 43, still sheeted over from its recent road trip. (Photos x 2 by Rob Bray)