Posted on Friday 6 June 2014 by Gareth Prior

It’s that time of the week again when we provide a round-up of when and where you can ride on heritage trams in the UK and Isle of Man. It is certainly the calm after the storm at the moment with no major tram events taking place until towards the end of June when Blackpool’s heritage trams are back out and the East Anglia Transport Museum also host another event with “Hop on a Bus”.

Sunday 22nd June: Totally Transport with a 3 tram service planned including operation to Starr Gate for the first time since the upgraded tramway opened.

Current Status: Open every Sunday and Bank Holiday Mondays with exception of Sunday 8th June due to Parklife concerts. 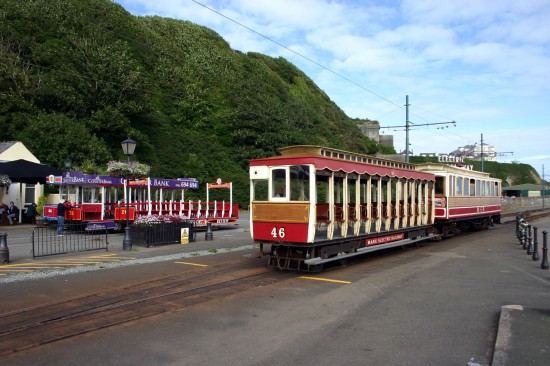 On 10th August 2013 we see trams from two of the Isle of Man's tramways: the Douglas Horse Tramway and the Manx Electric Railway. Representing the horse tramway we have 21, 36 and 44 were were not in service on this day whilst for the MER we have trailer 46 and motor 20. (Photo: Gareth Prior)