It’s that time of the week again when we provide a round-up of when and where you can ride on heritage trams in the UK and Isle of Man. After a hectic few weeks across the country things are starting to calm down a back with the only major event being the end of “Beside the Seaside” at Crich (last day: 1st June) although there will also be an intensive service on the Manx Electric Railway with timetable F in operation as the island is inundated with visitors for the TT races.

Current Status: Operating daily until Sunday 2nd June and then every Saturday and Sunday

Sunday 22nd June: Totally Transport with a 3 tram service planned including operation to Starr Gate for the first time since the upgraded tramway opened.

Next special event: Beside the Seaside – until 1st June. A full preview of this event can be found at http://www.britishtramsonline.co.uk/news/?p=7498. 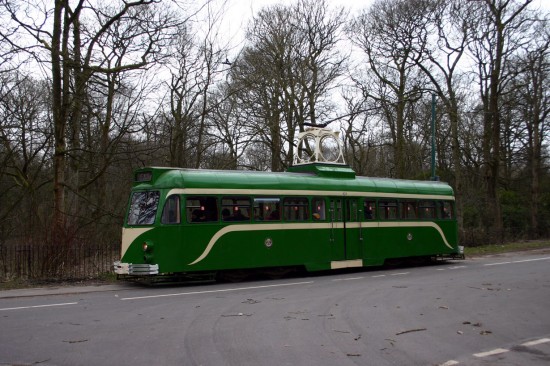 The mainstay of the fleet at the Heaton Park Tramway remains Blackpool Brush 623 which is seen here 24th March 2013. (Photo: Gareth Prior)