Posted on Sunday 25 May 2014 by Andrew Waddington

One of the most anticipated tram events of 2014 occurred on Saturday 24th May, when Blackpool ‘Pantograph’ car 167 made its debut on the heritage tram service in Blackpool. Having last run in its former home town in 2010 – when it infamously only managed a single day of use before failing – the return of this tram on loan from Crich resulted in this day being very well attended by enthusiasts, which helped to make up for poor weather conditions.

167‘s first duty of the day was to operate a tour to Fleetwood in the company of Standard 147, another 1920s veteran painted in the latter day green livery. Unfortunately the arrival of both cars at North Pier was delayed due to some issues with 147‘s transponders, which occurred again a few times during the day. The attractive pair were joined on the promenade by Open Top Balloon ‘Princess Alice’ 706 from midday, although after just a few journeys this tram made a hasty retreat back to Starr Gate depot due to the onslaught of rain, which sadly became increasingly heavy as the day wore on. Its place in service was therefore sensibly taken by Balloon 717 which then rounded off a highly enjoyable, if rather wet day, with the early evening Fleetwood run.

However, probably the highlight of this day for many people was a surprise trip to Thornton Gate by 167 during the afternoon, granted at the request of a few enthusiasts. This gesture was very much appreciated by those who managed to find a seat for this very popular journey, which took the car back to its old stomping ground: following withdrawal from passenger service, 167 was of course used as a works car and pictures of the tram in the Thornton Gate permanent way yard have graced the pages of numerous tram books over the years, making this a highly appropriate destination for the tram. The torrential rain at the time made for a rather dull afternoon, but the warm glow of the Pantograph car’s interior was extremely welcoming and for your writer, it was easy to imagine a time when 167 and its sisters would have transported many commuters back home along the tramroad on a daily basis.

Having proved exceptionally popular during its visit to Beamish, 167 looks certain to be even more popular for its latest return visit to Blackpool if its first day in traffic is anything to go by. Despite only operating a single test run since arriving and the fitting of transponder equipment, the tram performed superbly all day and has undoubtedly gone a long way towards redeeming itself for its past misadventures! 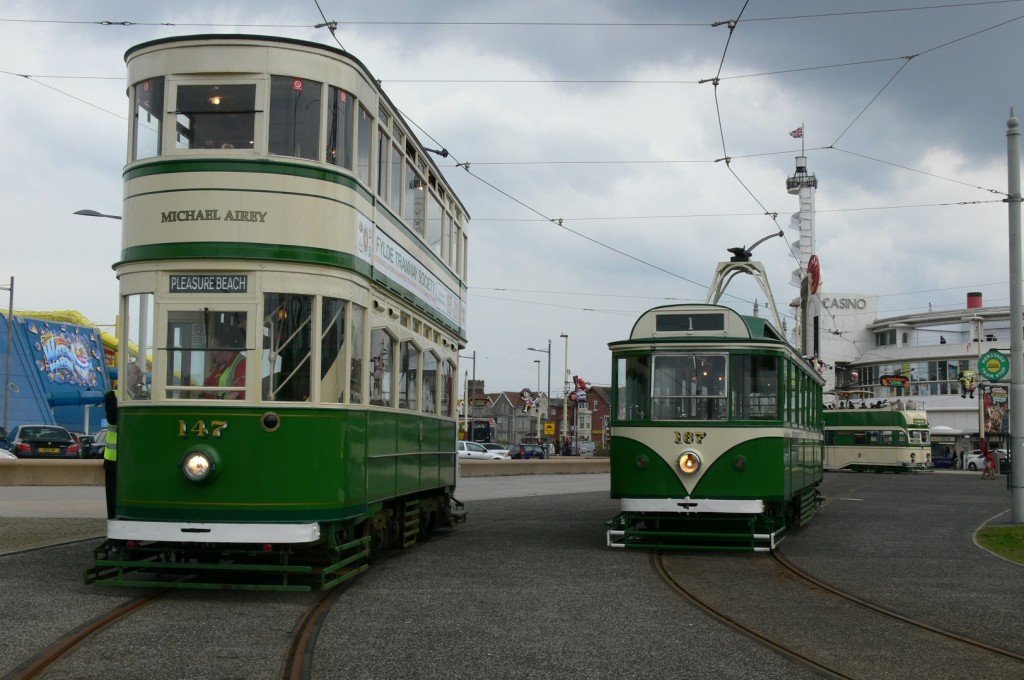 At lunchtime on 24th May, the delightful duo of Pantograph car 167 and Standard car 147 pose together at Pleasure Beach, with a cheeky glimpse of 'Princess Alice' 706 passing on the main line heading towards Bispham. 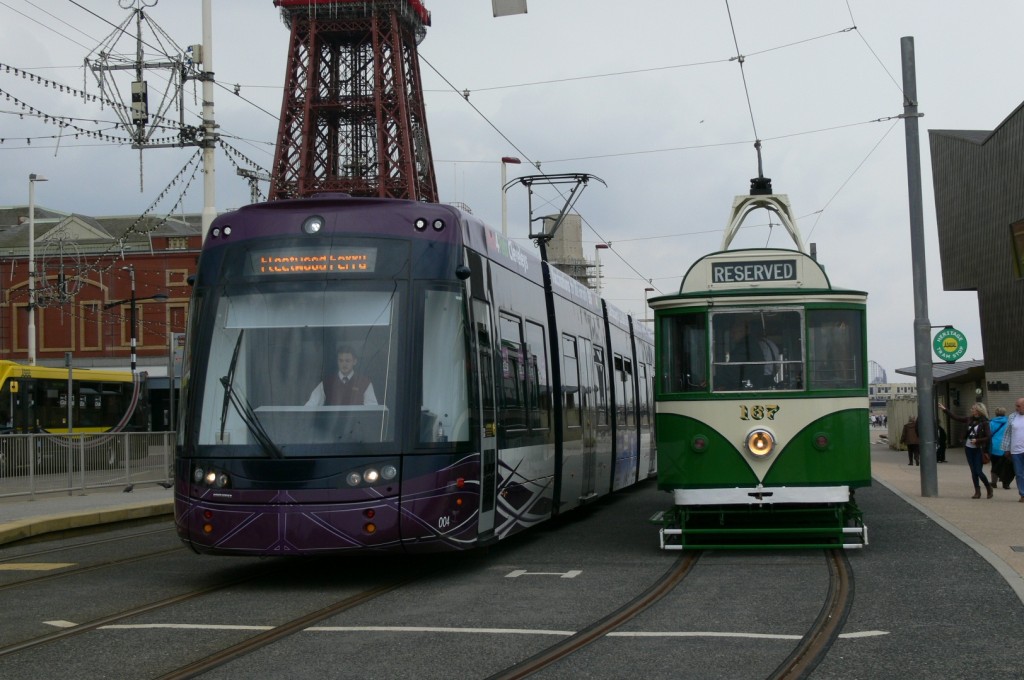 24th May was also the first time that 167 had ever operated in passenger service alongside Blackpool's latest class of tram, the Flexity 2 fleet. Here it meets 004 at North Pier before returning south. 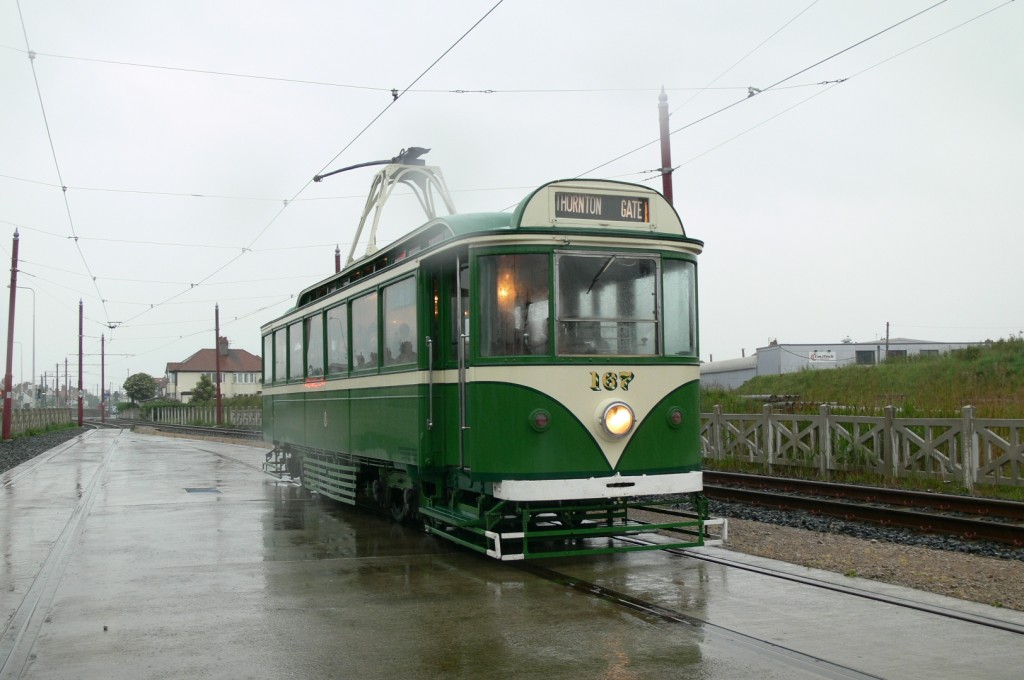 The quality of the image may not be the best ever, but we just had to use this photograph - its 167 on the centre track at Thornton Gate in appalling weather conditions. (All photos by Andrew Waddington)