There are now seven CAF Urbos3 trams at Midland Metro’s Wednesbury Depot following the arrival of number 23 early on Tuesday 13th May. 23 was the first arrival in Birmingham for over a month (22 having arrived back on 9th April) and joins the other six trams in being stored in the depot yard awaiting full commissioning, testing and driver training. Full driver training has yet to commence but it shouldn’t be too far off if a summer entry into service is confirmed.

Meanwhile work is continuing on extending the life of the T69 vehicles with 03 having recently donated equipment, including parts of its brake gear, to keep some of the others on the road. Parts from 03 will be used on 04 (which is expected to return to full service shortly instead of its recent limited operations) and 14 (which has been out of service since the end of April). 14 has now received new tyres on its south end bogies (Birmingham end) and its centre bogies has recently been spotted off presumably also receiving attention.

Recent vehicles to have seen attention in the workshops have been 05, 06 and 08 which have all had new tyres fitted on the south end bogies which seem to suffer from more wear than those at the Wolverhampton end of the trams. 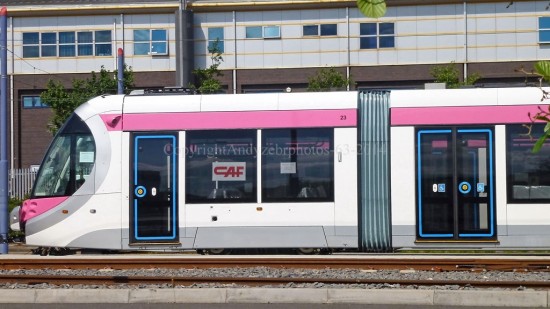 23 is seen here in the depot yard on 14th May.Three of the new trams at rest, 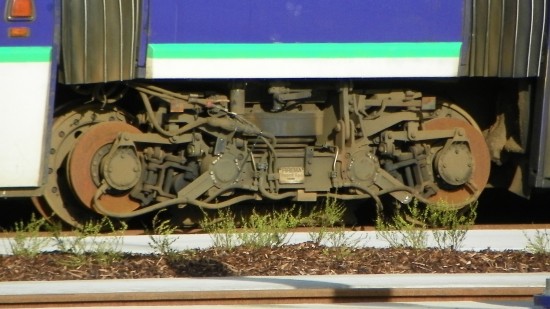 The bogies of 03 seen after they had been stripped of some parts to keep other trams on the road. 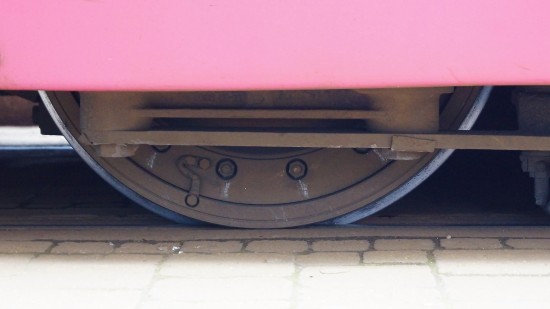 A couple of close-up images of some of the wheels of the trams. This first view shows those on 09 which have not been replaced. 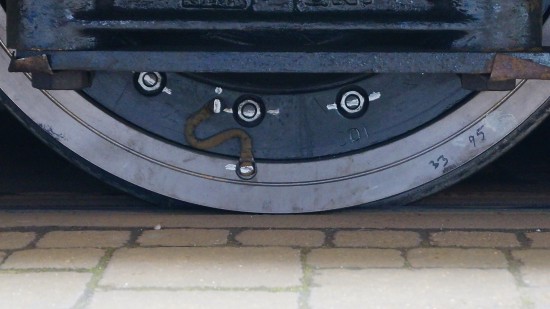 And this is new tyres on 08. (All Photos: Andy Walters)