The eleventh Alstom Citadis tram for Nottingham Express Transit, 226, arrived in the city during the early hours of Monday 24th March. This now means that half of the order of 22 are in Nottingham with the remaining deliveries expected to be completed over the next few months (on average a new tram seems to arrive every fortnight from the Alstom factory in Barcelona). Daytime testing and driver training remains confined to the Wilkinson Street Depot where you can often see one shunting up and down the yard as far as the limit of shunt. It is expected that daytime on street testing will start at some point this spring before an entry into service either late spring or early summer. 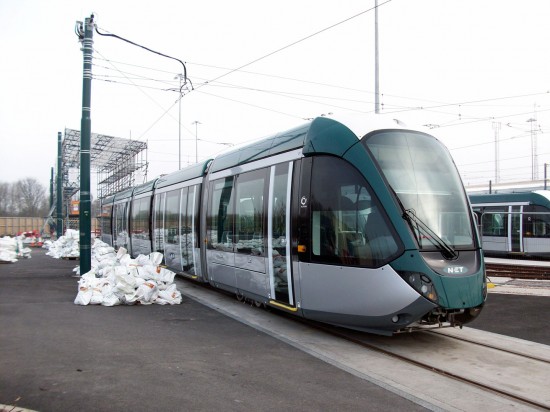 On 30th March 226 was to be found stabled immediately behind the delivery gate making photographs easy. 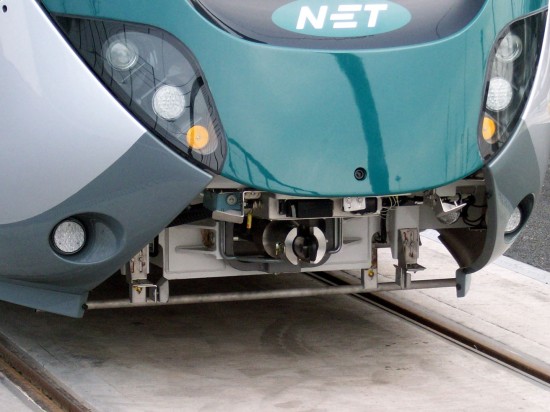 A close-up view of the front coupler of 226. 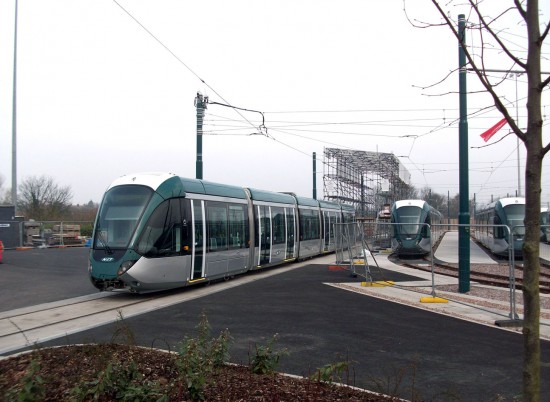 226 with one of its sisters. At the time of writing the number 226 has yet to be applied with just the number 011 visible externally to signify it is the 11th tram of the order. (All photos: David Beardsell)