The first stage of the second phase of rail replacement on Stagecoach Supertram has got under on Saturday 29th March with work commencing at Hillsborough Corner. During this stage of works, which are due to be completed by the end of April, trams on the blue route will terminate at Shalesmoor with Yellow route trams only running as far as the city centre. Replacement buses are starting from Castle Square with connections also at Shalesmoor. The first day saw works concentrated on the inbound track as these photos taken by Stuart Cooke show. 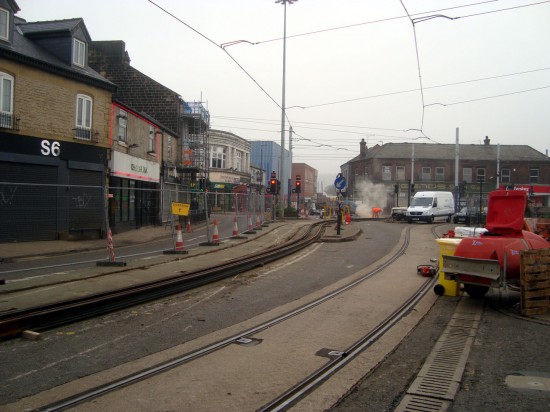 Work underway in the distance at the start of the rail replacement works at Hillsborough. 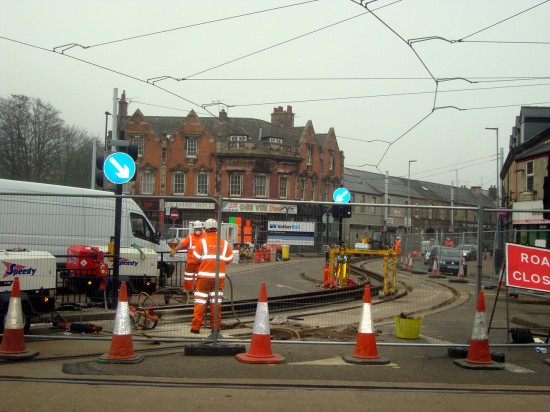 A closer view of the start of work at Hillsborough Corner. (Both photos: Stuart Cooke, 29th March 2014)