Thank-you and goodnight from Blackpool 680

An extremely hectic week of tram moves by road in and around Blackpool has concluded with the departure from Rigby Road of Ex-Towing car 680 in the early hours of Thursday 12th December. The tram, which was sold to the Manchester Transport Museum Society almost four years ago (doesn’t time fly when you’re having fun!), has moved to Beamish Museum where it will operate over the winter and early spring period, before moving to a more permanent home at Manchester’s Heaton Park Tramway.

After Jubilee car 761 had been safely unloaded at Rigby Road on December 11th and staff from Scott’s Heavy Haulage had removed the additions to their low loader made to accomodate this massive tram on board, it was 680‘s turn in the limelight. After darkness fell, the tram was shunted out of the Electrical Compound – where its trolley tower and lifeguards had already been removed – and was quickly loaded up. After the lorry was moved onto the depot track fan, 680 then remained there overnight before heading off very early the following morning. Impressively, the tram arrived at its temporary new home in the North East and was unloaded later that same morning! Some work will be required to prepare the tram for operation at Beamish, including some attention to the trolley tower, whilst its plain cream paintwork will be enlivened by the addition of some green lining-out, but hopefully it will soon be made available for use. Despite not running since late 2008 in passenger service, the tram has remained complete and mobile during its time in storage and should not require much work to be made fit to run again.

680‘s departure from Blackpool is doubly significant, as this officially brings to an end the disposal of the many trams sold off by Blackpool Transport on the eve of the tramway upgrade. Apart from a few ‘one-off’ departures, this really got started way back in November 2009 when Brush Railcoach 634 moved to its new home at Rushden, and this was followed by various trams moving to Crich, Manchester and Birkenhead amongst others during 2010. Things really stepped up a notch after the 2011 illuminations when an unprecedented number of surplus trams left Rigby Road, including all but two of the Centenary cars which had only just been withdrawn from regular service. Subsequenly, a few more trams have left, but after a quiet year – apart from the return of several cars previously acquired by the Lancastrian Transport Trust – 680 has now finally brought this chapter in the history of the Blackpool tram fleet to a close. Although both Brush car 622 and Jubilee car 761 have recently returned for storage on behalf of their current owners, every other tram at Rigby Road and Starr Gate depots is now part of the Blackpool fleet and should remain so indefinitely. An exciting time for the traditional tram fleet, both in their native town and further afield, is clearly ahead of us and despite many concerns being expressed in the past, a new golden era for fans of Blackpool’s old trams seems to be occuring with plenty for enthusiasts to look forward to in the months and years ahead, as various projects gain momentum. 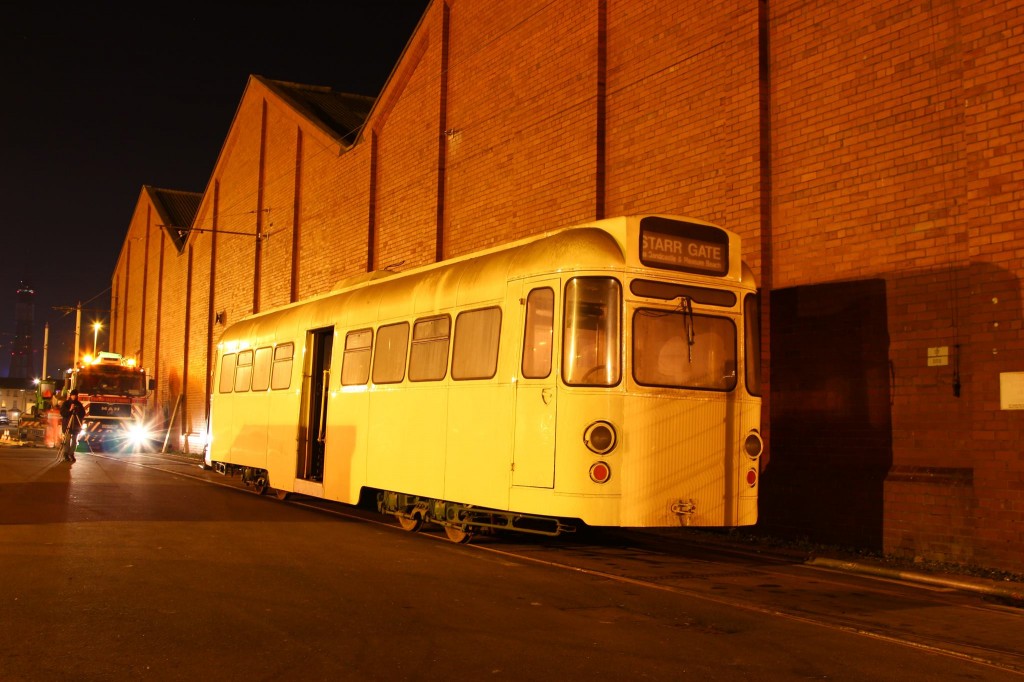 Illuminated by street lights acting as a spotlight, car 680 prepares to bid farewell to Blackpool as it is shunted ready for loading up late on December 11th. Although very dirty, the tram is in excellent condition and should soon be back in service at Beamish Museum. (Photo by Shaun Whitehead) 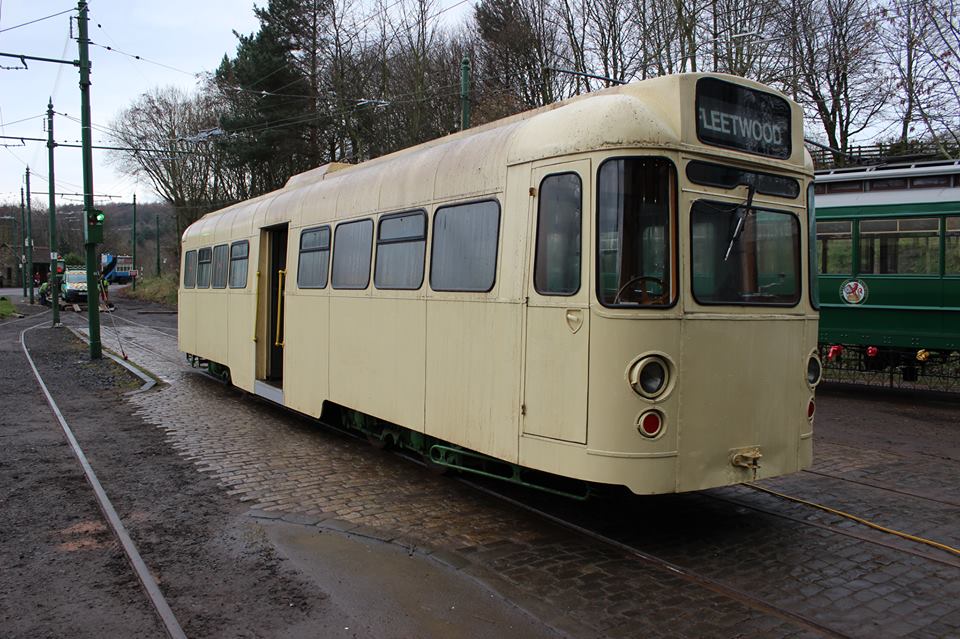 A first look at 680 at Beamish, now unloaded outside the tram depot and in the process of receiving a very thorough external clean! (Photo from the North Eastern Electrical Traction Trust) 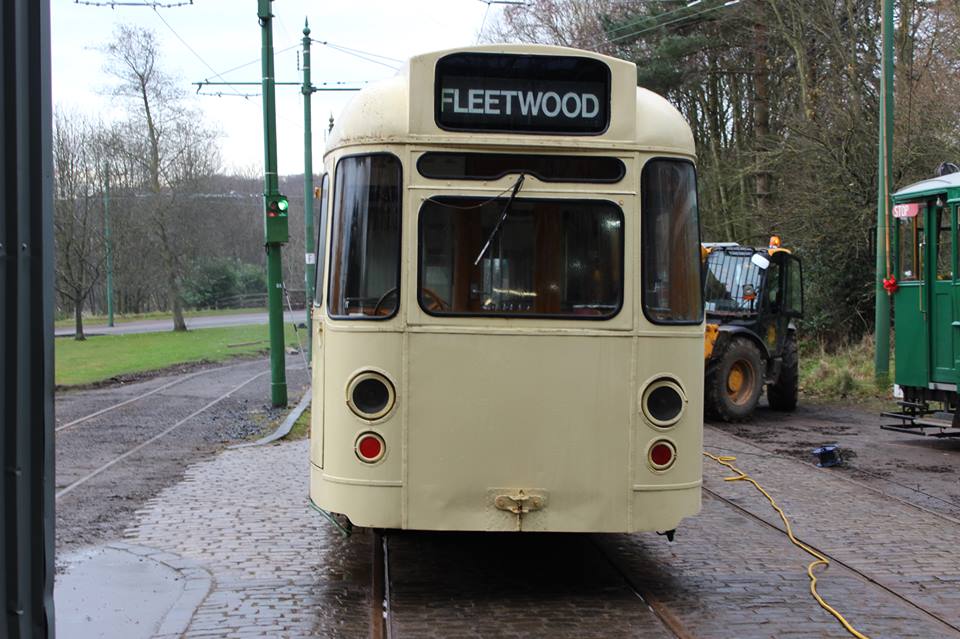 A final view of 680 peering into the Beamish tram depot, which will be its home for the next few months. (Photo from the North Eastern Electrical Traction Trust)