As the latter stages of construction work on the Heaton Park Tramway’s second tram depot are reached, another tramcar preservation group have reached a major milestone in their own project to provide suitable covered storage space for its own vehicle collection. The North Eastern Electrical Traction Trust have been working hard to prepare the land which will be occupied by its new tram shed, and building work finally got underway on Monday 2nd Decmeber after a few minor delays.

Two of the three depot roads have already been laid, in contrast with the work at Heaton Park, where track laying only commenced once the basic structure was complete. After some further groundworks were undertaken on the last week of December, the steel girders which will form the basic shell of the new building arrived on site. The first of these was erected in position on Monday 2nd December. Unfortunately, progress on this historic day was halted when the vehicle being used to move the girders into position suffered a punctured tyre after making contact with a protection stud! Wood and ballast have since been used to create a safer work surface, which should ensure that this incident is not repeated, and this enabled much more progress to be achieved the following day. Once complete, the building – which joins onto an adjacent hangar – will provide sanctuary for up to twelve trams, presumably including the six that are already on site at the North East Land, Sea & Air Museum at Sunderland. The Trust are also seeking to acquire even more trams although further additions to the collection are unlikely to be made until the depot is completed, due to the complexities of moving the trams into their new home from their current resting places.

Whilst this has all been going on, further overhead wires have begun to be strung up inside the new Lakeside Depot at Manchester’s Heaton Park. A set of points have also been trial fitted at the present terminus next to the park’s boating lake, and work is now starting to create a new line that will extend from this location into the depot itself. With Road 3 now complete, the next to be installed will be Road 1; the central track will be laid last to enable the tramway’s cherry picker to drive down the middle of the depot, and assist in completing the overhead line above the rails.

With two high profile construction projects on the go, 2014 certainly looks set to be a very exciting year for the British tram preservation movement, and the move of many historic trams undercover after a lengthy period of outside storage should be greatly welcomed by all who care about the long-term survival of these irreplaceable old trams. 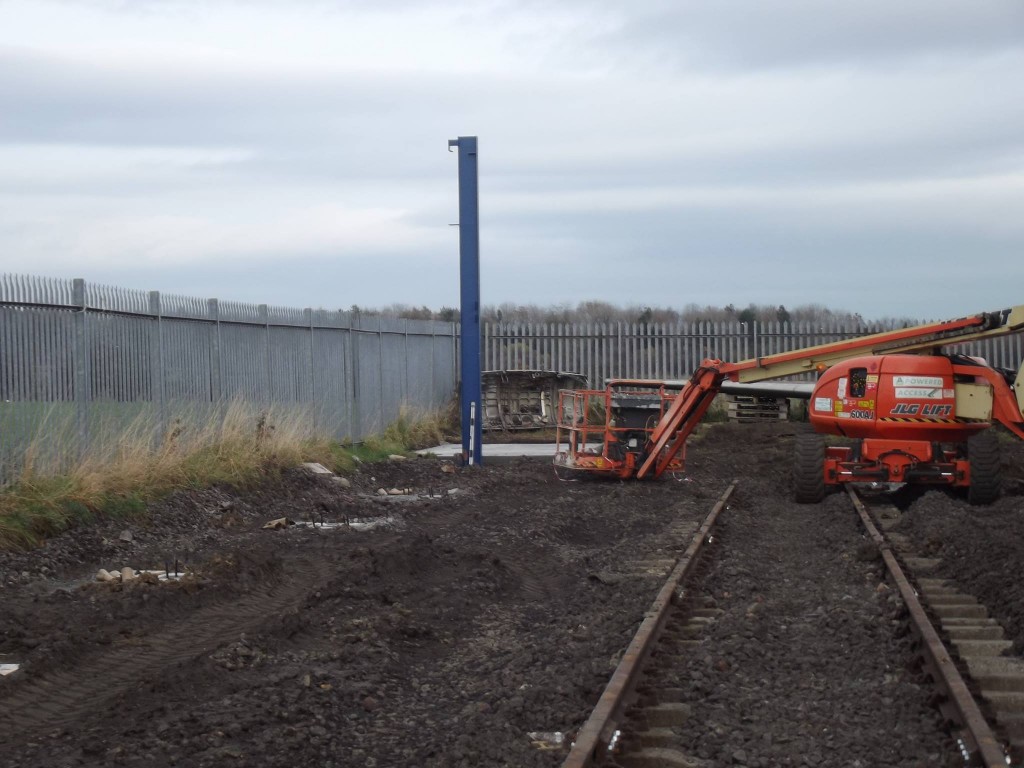 Day one of the NEETT depot construction, and the first girder is shown with the two completed tracks also visible. (Photo by Brian Dixon) 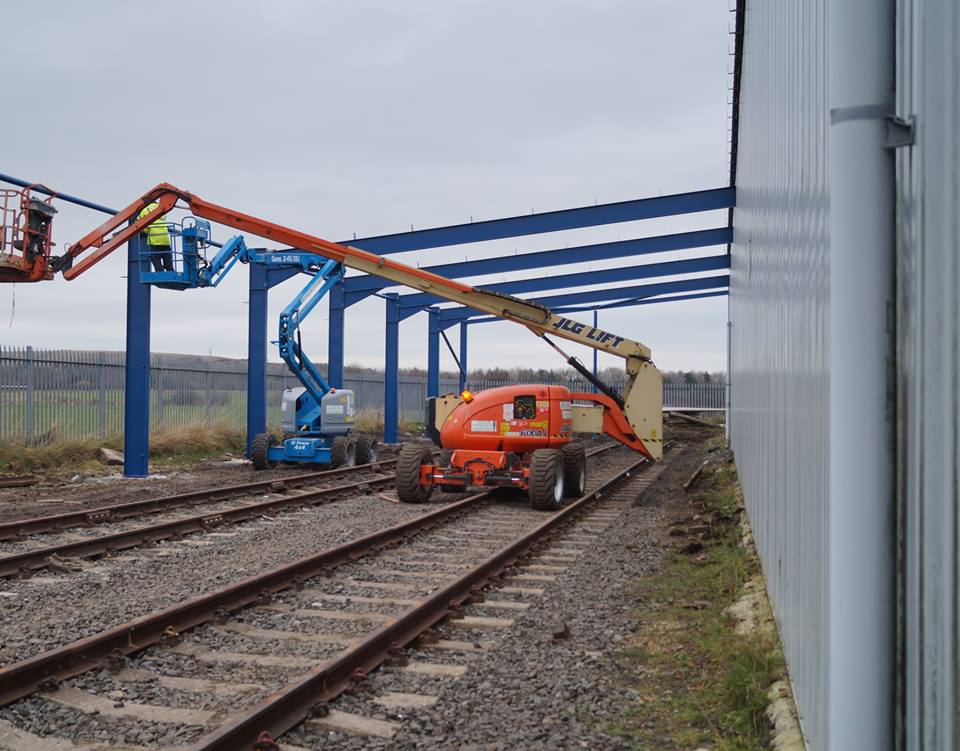 By the end of December 3rd, incredible progress had been made on the depot work site. (Photo by Kevin Betts)