As many tramways wind down for the year – at least in terms of welcoming visitors – the North Eastern Electrical Traction Trust are now gearing up for what will almost certainly be the most intense period of activity in their history to date. Following a meeting held with the contractors who have been given the task of constructing the new shed which will house the organisation’s growing fleet of trams, a start date for building works to begin has been agreed, and work is now scheduled to commence on 25th November.

This will be a major leap forward for NEETT, as most of their collection are currently exposed to the elements outside. The depot will also add a major new dimension to the North East Land, Sea & Air Museum where the trams are housed, as it will add another display to the attraction. Although the majority of NEETT’s trams hail from Blackpool, they still have amassed an important collection, including the last traditional standard gauge tram built in Britain (Centenary car 647) and Progress Twin Set 674+684. These may hopefully be joined by other vehicles in the future, once the new depot is completed.

Meanwhile, work on Blackpool Balloon car 721 continues to make steady progress with recent work focussing on the cab doors. Replacement of the damaged end dome at one end is still awaited, after which the tram will be fully repainted, although it is still anticipated that it will be ready for operation at Heaton Park some time next year. 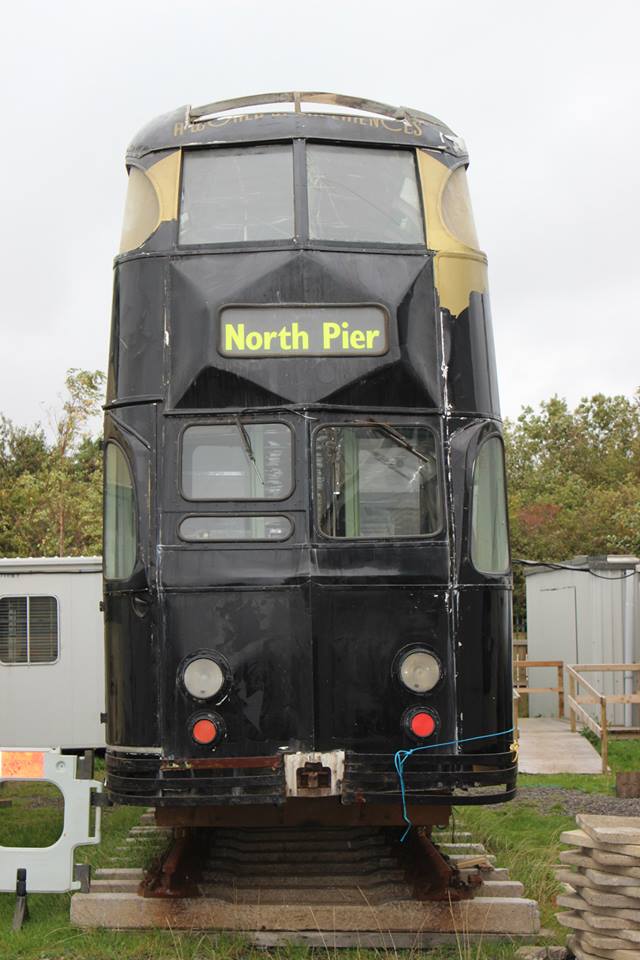 Blackpool 721 will be one of the first trams to benefit from the construction of a new depot at its home in the North East. Seen in its current condition, the badly damaged end dome has now been removed for replacement. (Photo courtesy of the North Eastern Electrical Traction Trust)