Friends in high places for the Rocket

During the past week, further attention has been lavished on the illuminated Rocket tram 732, still marooned on the roundabout at Gynn Square as part of the annual illuminations display. Following some remedial work on the giant astronaut suspended above the tram on Monday 9th September, all of the remaining advert vinyls have been added to the windows of the car. However, this has not been the only addition to this display for 2013 as four more astronauts have now been added to the roundabout!

The original spaceman’s new friends have been suspended at the top of the large poles around the edge of the roundabout, creating an even more stunning scene at night when all of them, as well as 732 itself, shine brightly. However, as good as this looks, comments heard from tourists and enthusiasts alike seem to suggest that most people would much rather see the Rocket tram running again – something that could happen one day after ownership of the tram transfers from the Lancastrian Transport Trust to the new charitable organisation being set up by Blackpool Transport. It is believed that the loan arrangement with the illuminations department is for a five year period, but hopefully that could perhaps be terminated early… after all, it wouldn’t be the first time that an LTT loan deal was cut short! 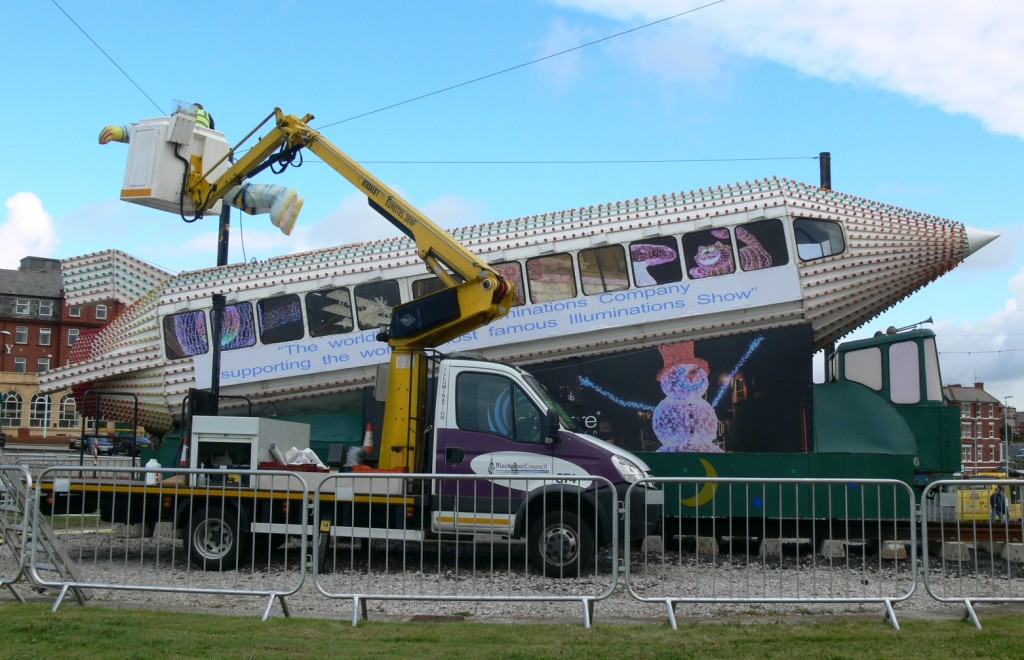 The Rocket 732 under attention on September 9th, prior to the invasion of its roundabout by the four pole-mounted spaceman! (Photo by Andrew Waddington)

1 Response to Friends in high places for the Rocket