Up close and personal with Blackpool ‘Balloon’ 708

During the ‘Tram & Transport Sunday’ event held at the North East Land, Sea & Air Museum in Sunderland on 11th August, British Trams Online was granted exclusive access to the inside of the most recent arrival of the various trams on site – Blackpool Balloon car 708. Time has not allowed 708‘s interior to be cleared out making it suitable for examination by visitors, so please excuse the fact that it looks a bit untidy at present!

708 is of course owned by the Manchester Transport Society and recently arrived at Sunderland after a lengthy period of storage at Bury. It is intended to restore this tram to near original condition as an open top streamliner, which will result in it reverting to its original fleet number of 245. The tram will differ quite considerably from the other open-top Balloon, car 706 which remains at Blackpool, as it will be a more authentic restoration boasting such features as twin destination indicators, half-drop saloon windows and the correct style of trolley gantry. Once completed, the car is expected to spend time at both the North East and at Heaton Park where it will hopefully carry passengers once more.

The writer is extremely grateful to the volunteer members of the North East Electrical Traction Trust, who very kindly allowed me to explore 708 under supervision so that I could take these photos. I hope that our readers will find these pictures interesting, and that ‘Trams Up Close’ will now become an occasional feature on this website. 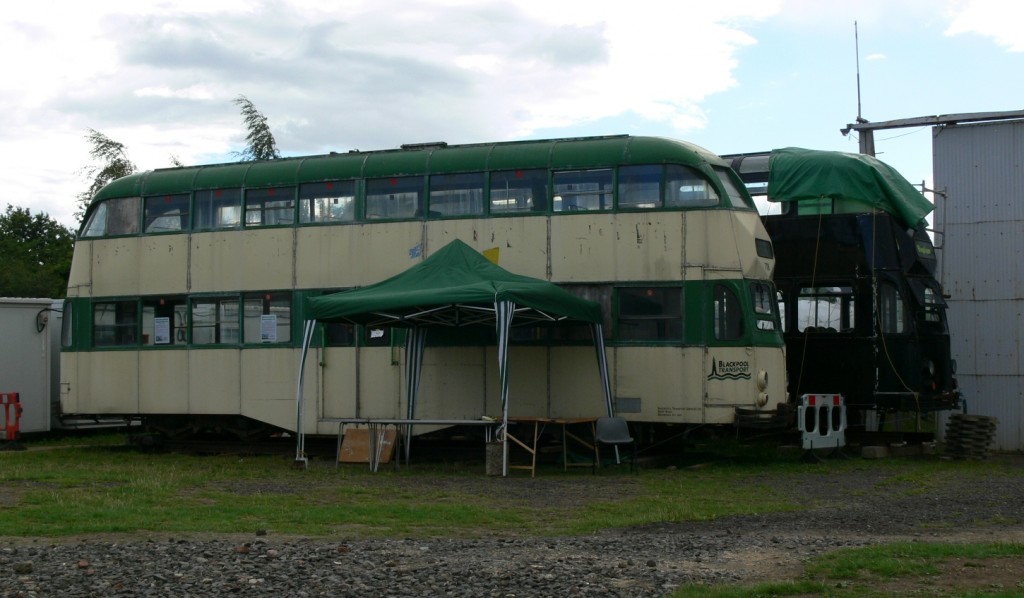 708 is seen alongside sister car 721 at its new home. The shabby exterior paintwork dates back to 1999, when this car was outshopped in a 1970s-style livery. 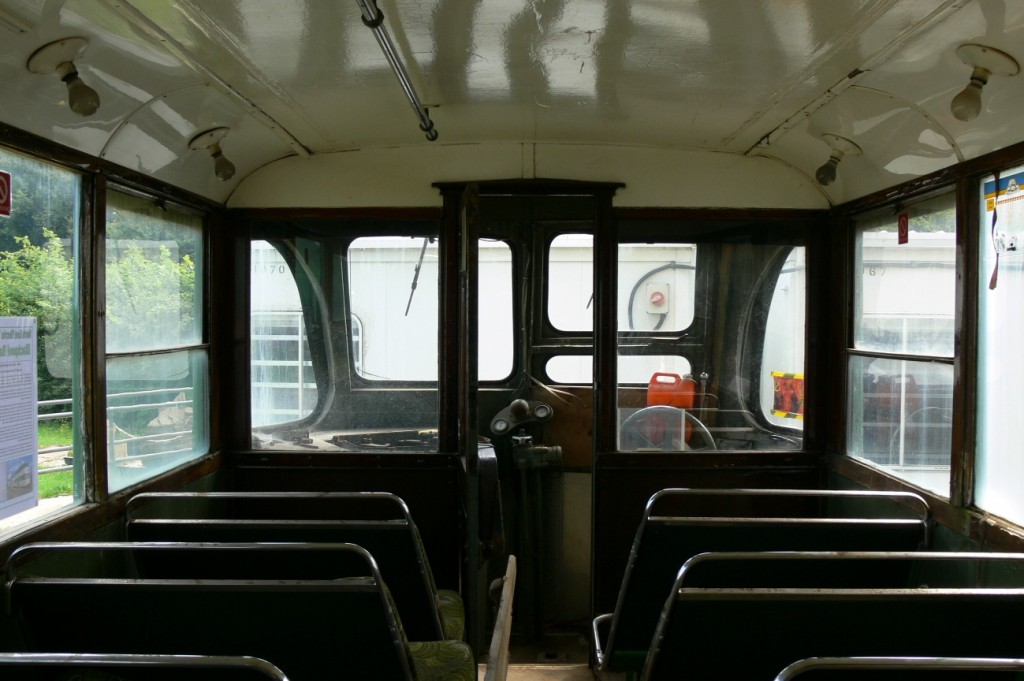 This view of one lower saloon of car 708 shows that internally, the car doesn't look too bad, especially considering the fact that it last ran in passenger service back in 2004! 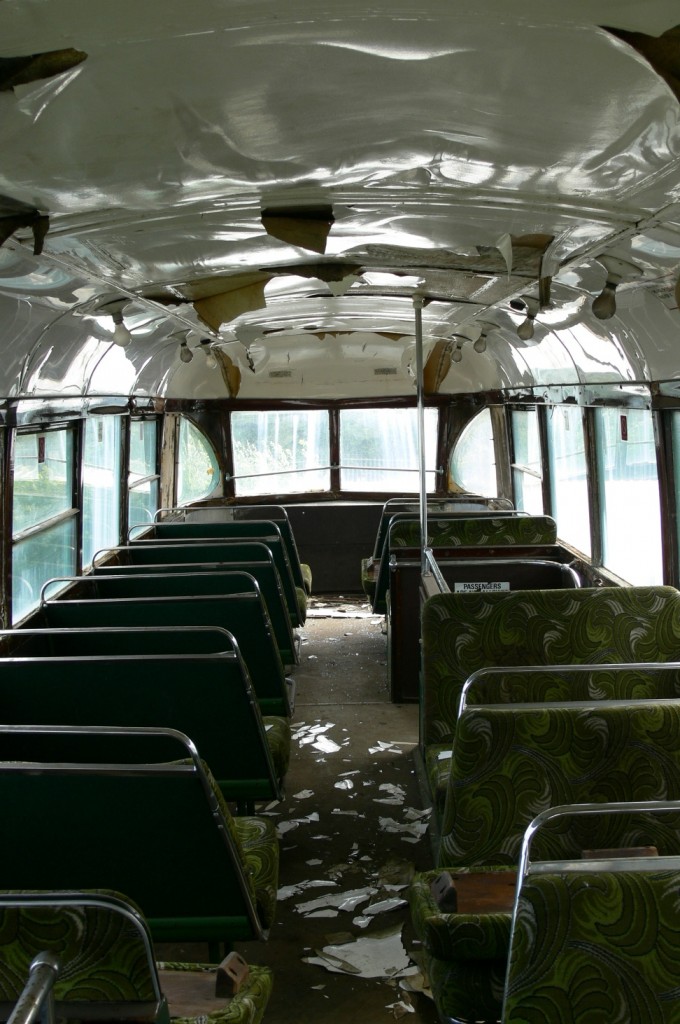 Moving upstairs, where the picture isn't quite so pretty! 708 is clearly showing the effects of its long period of open storage, although again the tram is surprisingly intact. 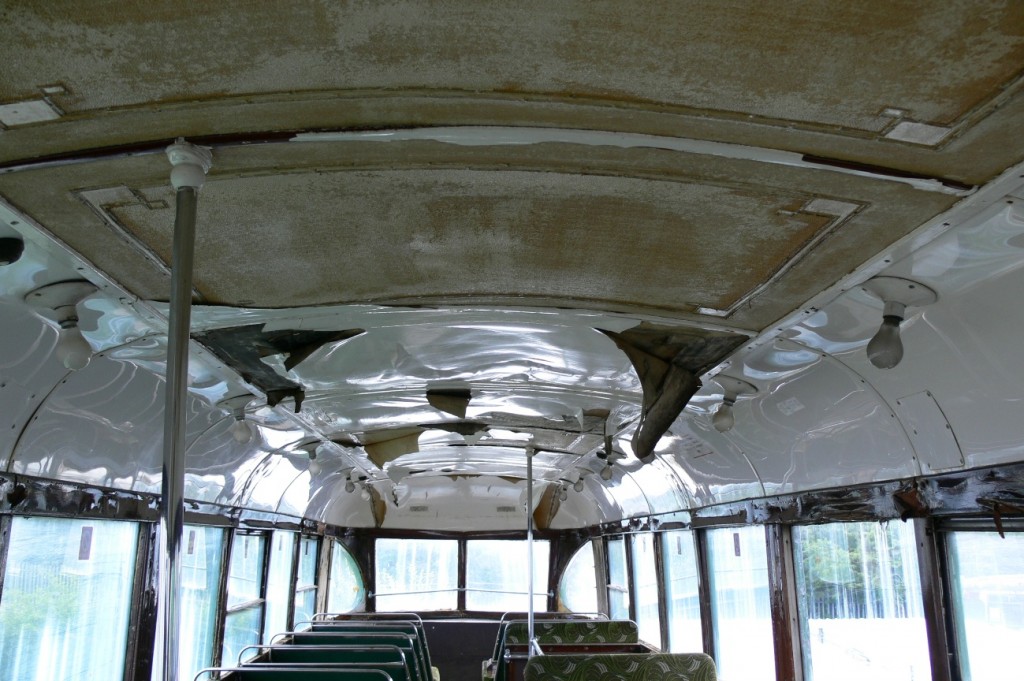 Our final image of car 708 shows where the ceiling panels have been peeled away, revealing the original 'art-deco' panels hidden underneath. These will hopefully be removed and conserved as they appear to be in quite good condition in spite of their age. (All photos by Andrew Waddington)