An eventful Sunday at Sunderland

The first ever ‘Tram & Transport Sunday’ event at the North East Land, Sea & Air Museum in Sunderland was held on Sunday 11th August, and was by all accounts, a resounding success. This was many people’s first opportunity to view the tramcar collection of the North East Electrical Traction Trust following their moves to the Sunderland site, where they have joined numerous aircraft and various other attractions at this fast-growing museum.

The day featured guest appearances from a number of preserved buses and model tram layouts, as well as a promotional sales stall from the Heaton Park Tramway in one of the museum’s hangars. However, it was naturally the trams themselves which quite rightly stole the show with a good number of enthusiasts keen to catch up with old and new friends at this museum. Blackpool trams Centenary car 647, Twin set 674+684, Balloon 721 and the most recent arrival, Balloon 708 were all on display along with Krefeld 412 which has been deposited in the car park. All except 708 were open for inspection and it was especially pleasing that visitors were allowed to explore the trams, including full cab access, which seemed to be much appreciated by young and old alike. Close inspection of the Blackpool cars revealed most to have stood up to their period of outside storage remarkably well, with the Twin set being particularly smart and looking almost as if it was ready to be put into service!

Volunteers members of NEETT were eager to talk to visitors and answer questions about the vehicles and their future plans, which should see considerable progress made over the coming months with a new storage depot expected to be built before the end of the year, and even more trams set to join their already impressive collection. The amount of interest being shown in the organisation seems to support the view that there is already a huge amount of goodwill in the tram enthusiast community for NEETT, and hopefully this will continue to grow. With around 170 paying guests reportedly attending the event despite several heavy showers throughout the day, and some of them donating money towards the group’s various projects, it seems that the only way is up for this group and their potential was plain for all to see during this special open day.

Visitors to NELSAM can be sure of a warm friendly welcome, and with most vehicles open to view on ordinary days, readers are encouraged to go and see the work in progress to establish Britain’s newest tramway museum. We also plan to publish a gallery showing the trams of NEETT taken during the open day soon on British Trams Online. 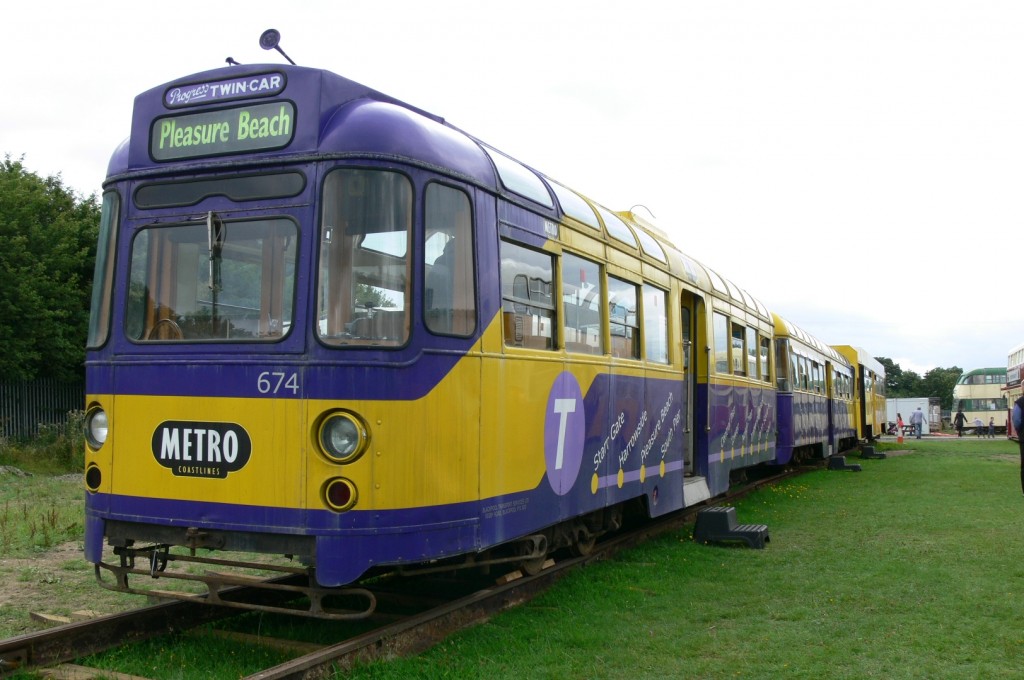 Most of the NELSAM trams can be seen in this view, dominated by Twin car 674+684, taken during one of the quieter moments of the museum's first tram and transport event. (Photo by Andrew Waddington)

1 Response to An eventful Sunday at Sunderland