In Pictures: Week of daylight testing to Blackpool North gets underway

Monday 27th June. Mark that date in your diary for that is the date that daylight testing of the Blackpool Tramway extension up Talbot Road to Blackpool North Railway Station got underway. As a prelude to public services beginning – which are still some way off as further work is needed at the terminus end of the line – this testing will be used to check all infrastructure is working as it should do as well as the phasing of the lights etc.

On the first day Flexity2 010 was chosen to do the testing honours with the tram departing from the North Pier loop line (where heritage tours usually depart from) at 1027 to make its first journey across the Promenade through Talbot Square and up to North Station terminus. This first run took the south curve with the tram then returning back down Talbot Road onto the Prom line by using the north curve.

010 ran north to Cabin (as the next crossover available on the line) before it returned to North Pier again with the north curve into Talbot Square taken. After heading up to North Station again, this time the return saw it take the south curve with it going to Tower and back to the North Pier loop for a break. It then repeated the same journeys again after lunch.

The first day of testing seemed to go relatively smoothly with just the odd tweak required of the phasing of the traffic signals to make sure all traffic along the route can run smoothly.

With the first successful day over, further tests then took place on Tuesday 28th June – this time involving two trams! 010 was joined by 006 on this occasion. As the week progresses more trams will be used for the testing with four expected to be out by Thursday 30th June and Friday 1st July.

It should be remembered that this is just one step – even if it is a significant one – towards the start of services to Blackpool North Railway Station. There remains construction work – in connection with the hotel – at the railway station end of the line to be completed before any service can be considered. Although in previous messages about the testing Blackpool Transport mentioned 2023 as a start of services, the latest does not give a commitment to when trams will run. The last official word from Blackpool Council was November 2022.

Video courtesy of Michael Morton. Further videos of the testing are available on You Tube. 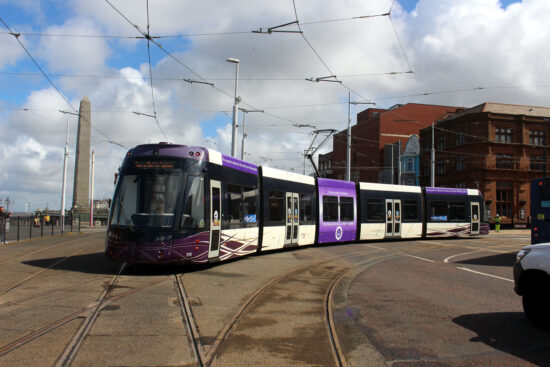 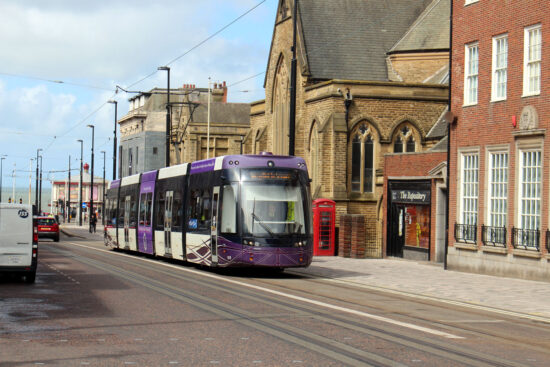 The tram runs up Talbot Road. 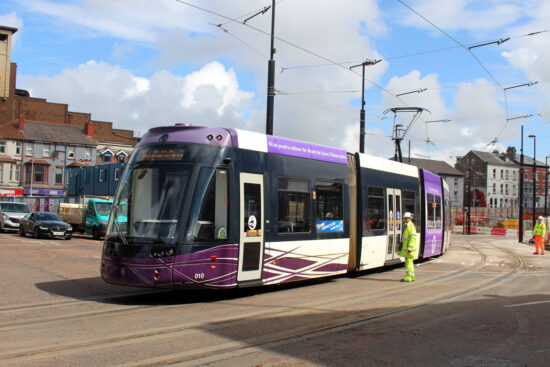 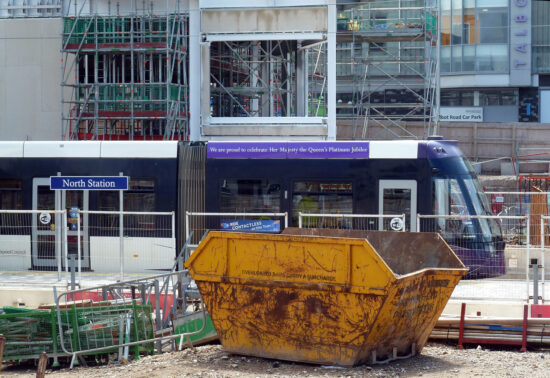 The tram pauses at the new terminus (Photograph by Peter Dockerty, 27th June 2022) 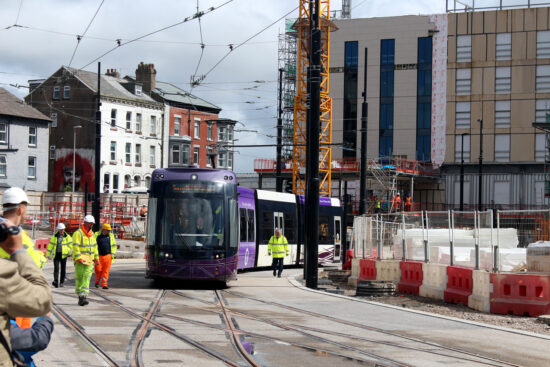 And then it comes back out again. 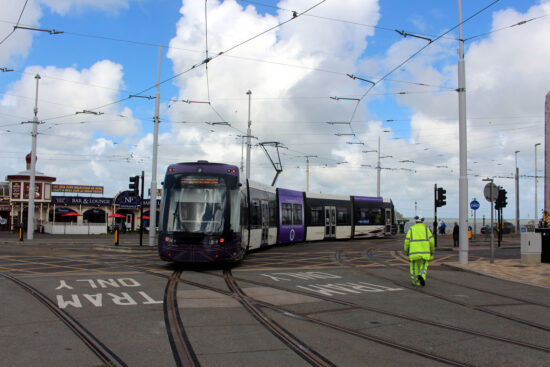 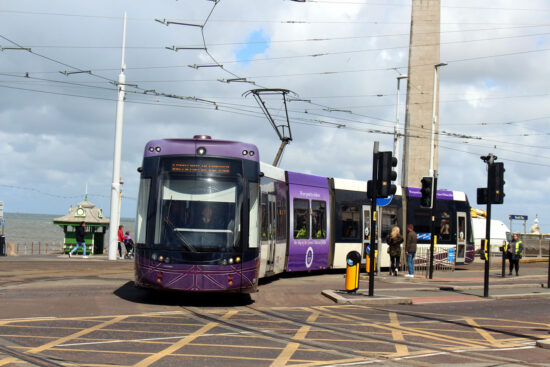 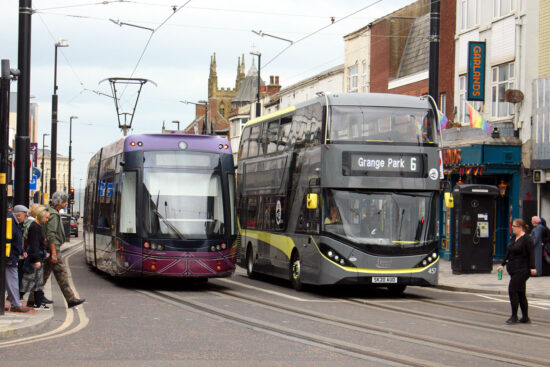 On the second day of testing and 006 joined 010 in being used. In this view we see heading back down Talbot Road and passing a bus as it does – a scene which will become very familiar in due course. (Photograph by Tony Armitage, 28th June 2022)

4 Responses to In Pictures: Week of daylight testing to Blackpool North gets underway