In Pictures: 121 returns to service after accident repairs

Posted on Tuesday 26 April 2022 by Gareth Prior

Stagecoach Supertram has welcomed 121 back to the operating fleet after the completion of accident repairs. 121 was only out of service for a couple of weeks after being involved in a collision with a police van on Monday 11th April.

The collision happened on Middlewood Road with the side of the tram being hit by a police van which was on an emergency call. It caused severe disruption on the Yellow route for around three hours from early evening whilst an investigation into the collision took place. Eventually 121 was able to run back to depot under its own power and with only relatively minor damage it took only 13 days for the tram to be returned to service with it back up and running on Sunday 24th April.

The tram is the only one in the fleet to carry window vinyls for the Reconnect campaign aiming to encourage locals to return to the trams and this campaign will now get a boost with it being back in action.

Also on Monday 25th April saw the return to service of Citylink 399 207. This was the first time for a number of weeks this has been in service. It is one of the Tram-Train vehicles which has the wheel profiles to run on the conventional tramway network and was allocated to the Yellow route on this day. 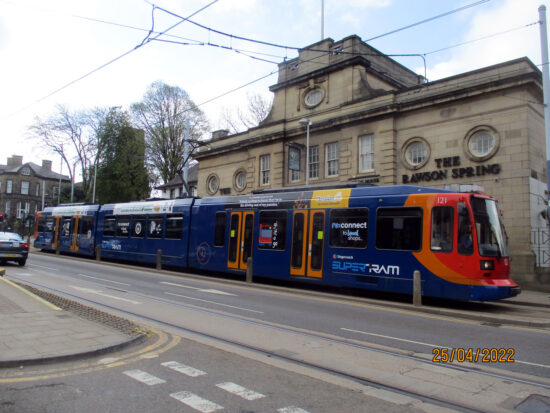 Welcome back 121! The tram is seen at Hillsborough heading a Yellow route service to Middlewood. 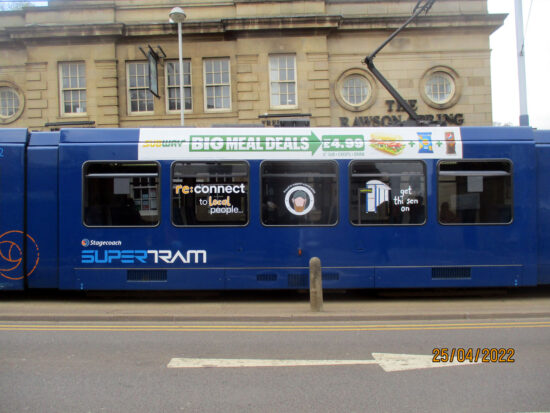 The reconnect vinyls are seen on the windows of one of the centre cars of 121. 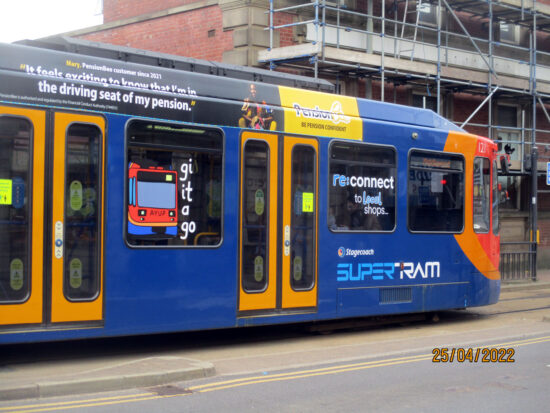 More of the vinyls with the popular Yorkshire sayings used as part of the campaign. 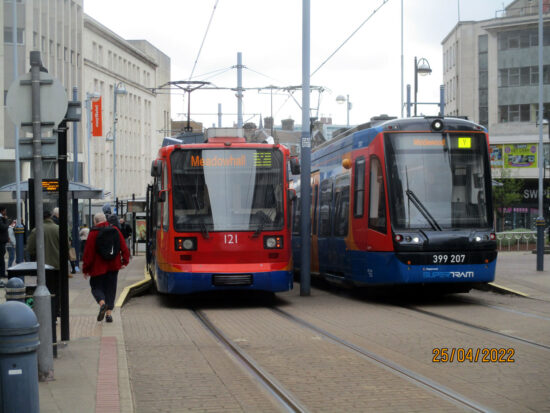 Two returnees are seen at Castle Square. 121 on the left and 399 207 alongside. This end of 121 is the one which has seen repairs undertaken with the Stagecoach Supertram logo missing. (All Photographs by Stuart Cooke, 25th April 2022)