In Pictures: Another season underway on the Volk’s Electric Railway

Posted on Tuesday 26 April 2022 by Gareth Prior

As we reported a little while back the 2022 season on the Volk’s Electric Railway got underway on Monday 11th April (it was unable to start the preceding weekend due to the Brighton Marathon) with former BBC newsreader Nicholas Owen doing the official reopening. Services are currently only able to operate between Aquarium and Halfway with the section through to Black Rock closed due to council works on the foreshore which is seeing new crossings installed. Its hoped that a full service may resume at the end of May or start of June. This pictorial update from Tony Sullivan shows services running on Friday 22nd April. 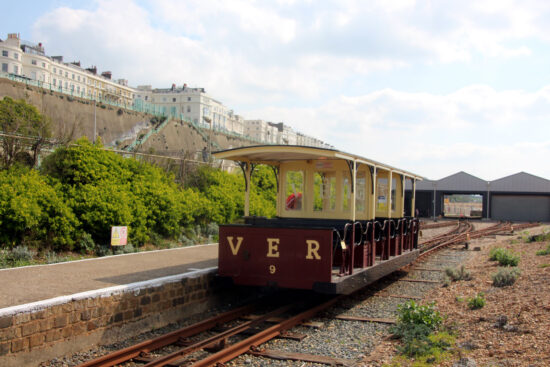 Car 9 is currently being used as a passenger shelter at Halfway as seen here. The car sheds can be seen in the background. 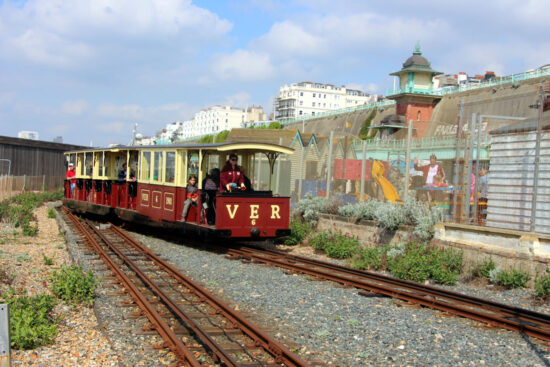 6+10 near Halfway with a service from Aquarium. 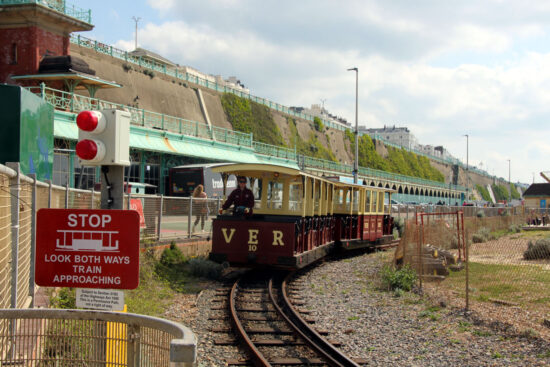 10+6 head back to Aquarium with another service as they are about to round the curve past the beach volleyball pitches. 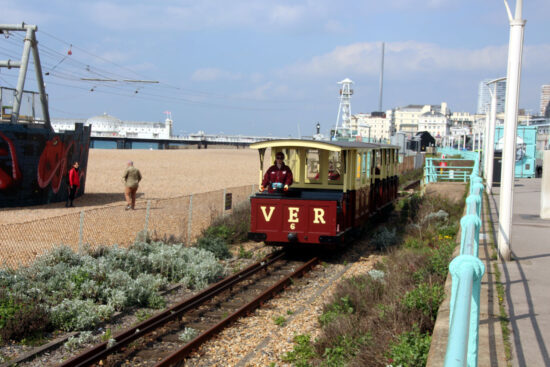 6 +10 running from Aquarium to Halfway. The black building in the background is the Volk’s Electric Railway Visitor Centre. 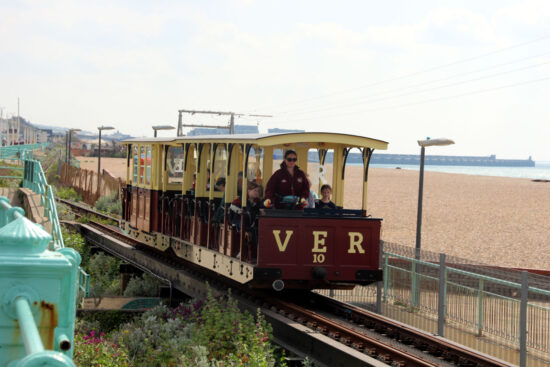 10+6 are getting close to the Aquarium with a service from Halfway in this shot. 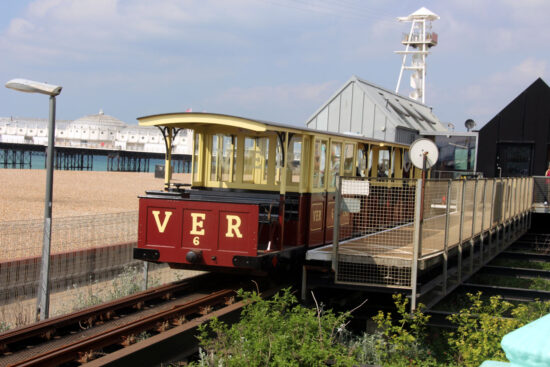 6 is tailing 10 as they come to a stop at Aquarium with an arrival from Halfway. (All Photographs by Tony Sullivan, 22nd April 2022)

1 Response to In Pictures: Another season underway on the Volk’s Electric Railway