It’s a case of from one fleet livery to another in today’s edition of “15 Years Apart”.

With three significantly different liveries (you could say there have four as there is a with or without blue skirt white Stagecoach livery) having been carried since services began back in 1994 Sheffield’s Supertram system can probably lay claim to being the UK modern tramway which has changed livery the most significantly since it began (although Nottingham Express Transit has also had three different liveries they have retained the same basic colours). On 9th June 2006 we see 110 – a tram built by Siemens-Duewag for the opening of the tramway – at Attercliffe showing off the white based Stagecoach fleet livery. This is the second variation of this livery with the first not having the dark blue section at the bottom. 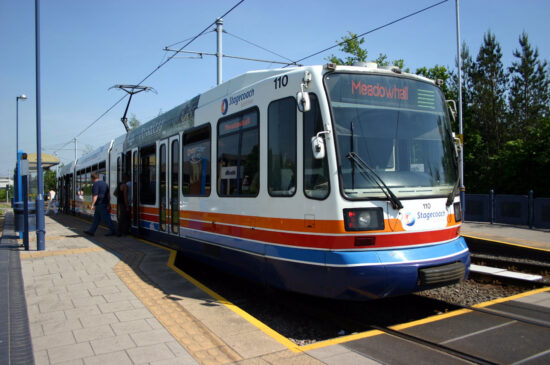 Then on 10th September 2021 we see 110 now in the red and blue Stagecoach design which is now likely to remain the fleet livery until such a time as Stagecoach lose the operating contract. In this shot 110 is heading away from Castle Square and towards Fitzalan Square/Ponds Forge in Sheffield City Centre. 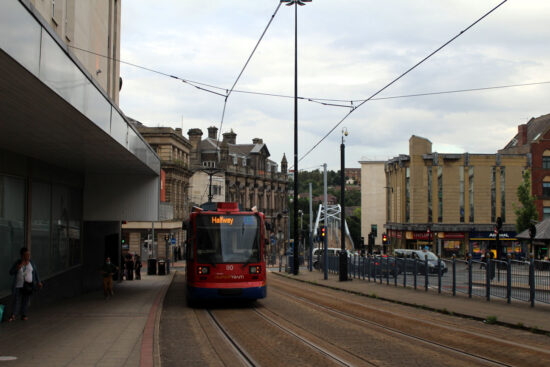