Posted on Friday 10 December 2021 by Gareth Prior

In this edition of “Picture in Time” we are taking another look at one of the all over adverts carried on a Blackpool tram over the years – and its one which is still to be found on the featured tram.

The last of the Blackpool Balloon trams to be built 726 (original number 263) would only ever carry two all over adverts with the first not coming until 2000 when it received a design for Thwaites Bitter. After six seasons running with that advert in 2007 it then received this design for H M Coastguard which would remain on the tram for not only the remainder of its operating career (which ended in 2010 when it was withdrawn for the last time) but also beyond with the colours still being on the tram today, which is now owned by the Fylde Transport Trust.

In this first photo – which was taken during 2007 – we see 726 with its distinctive chevron stripes on the ends sitting at Fleetwood Ferry getting ready to depart back south to Pleasure Beach. 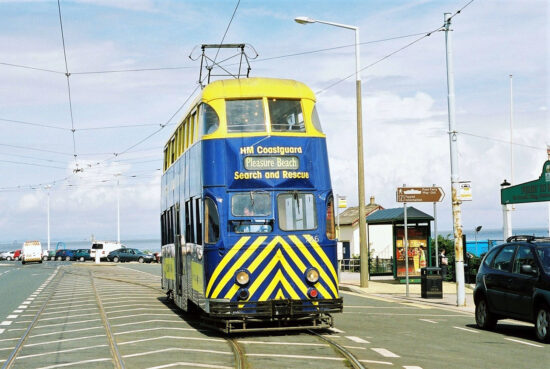 And then we are on board the tram with this view taken on the end bench seat which for this journey would be at the back of the tram. 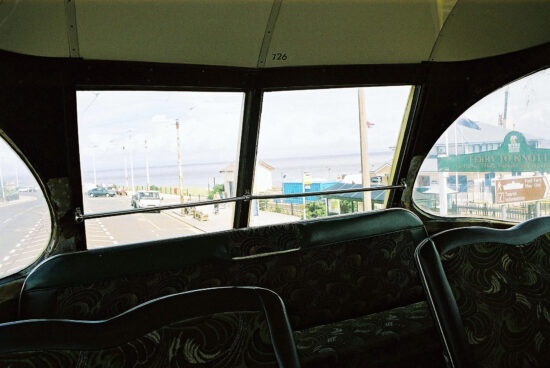