Posted on Friday 10 December 2021 by Gareth Prior

Its time for another edition of “15 Years Apart” and we return to Blackpool today to take a look at another of the ubiquitous Balloon Cars.

Always popular with enthusiasts – both then and now – Blackpool Balloon 715’s look has certainly improved over the past 15 years with, as we see in this photo, 2006 seeing it running in a plain white livery – or as it was at the time of this image white with a touch of grease and grime! The tram had lost what was its last ever all over advert the previous November and had just been left in this rather boring livery (if its even considered a livery!). The location is North Pier and the date is 3rd September 2006. 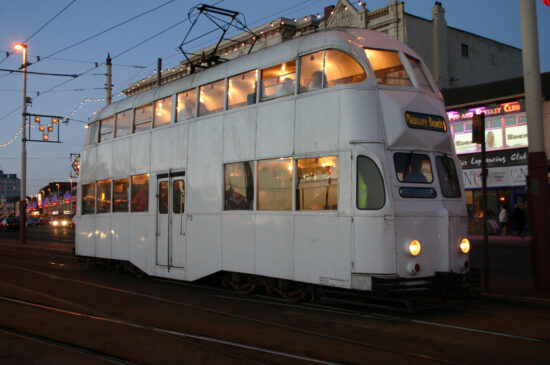 Fast forward to 25th September 2021 and 715 is looking a lot better as it approaches The Metropole Hotel with a Heritage service running southbound to Pleasure Beach. Now in a nice coat of 1970s green and cream with period adverts applied the years have certainly been kinder to the tram, which is owned by the Fylde Transport Trust. 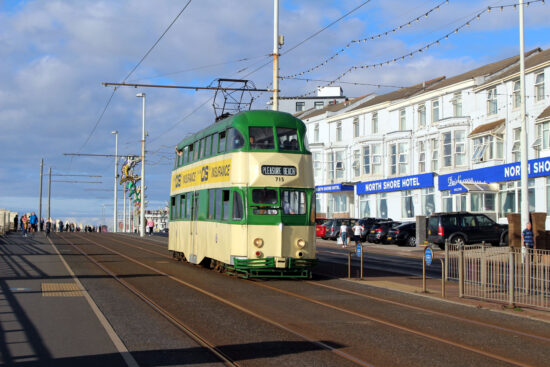