Another day and more good progress on the construction of the Blackpool Tramway extension. Following quickly on from the installation of overhead on the south curve, the north curve at the Talbot Square junction now had overhead strung above it. Meanwhile, up on the old Wilko’s site there has been some more progress on the concrete pour. 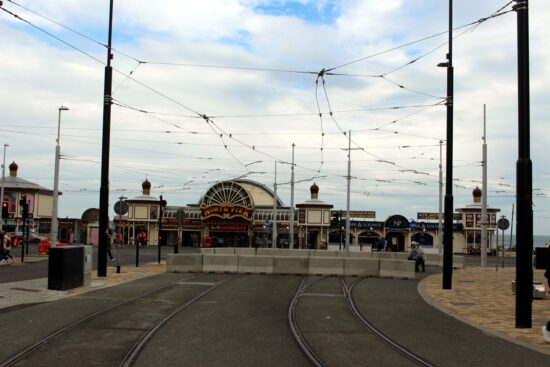 Hopefully if you attempt to take this photo in 12 months time you will be in danger of being run over by a tram! But in August 2021 and you’re safe with construction work still ongoing. This view shows south curve (to the left) and north curve (right) both now with wires installed. 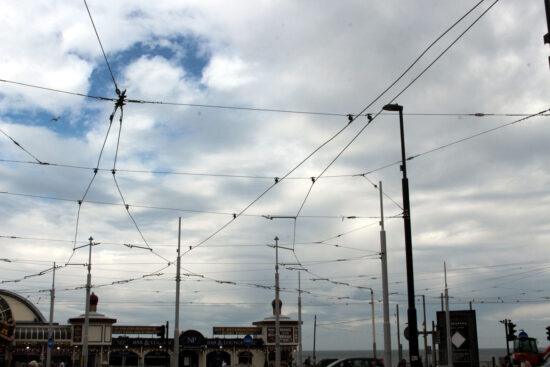 A look up and we see another frog installed in Talbot Square. 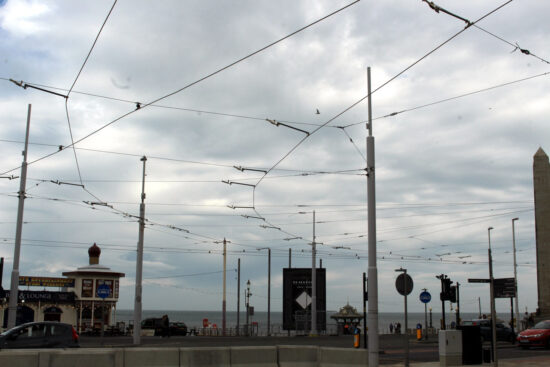 Looking along the north curve where the overhead can be seen in position. 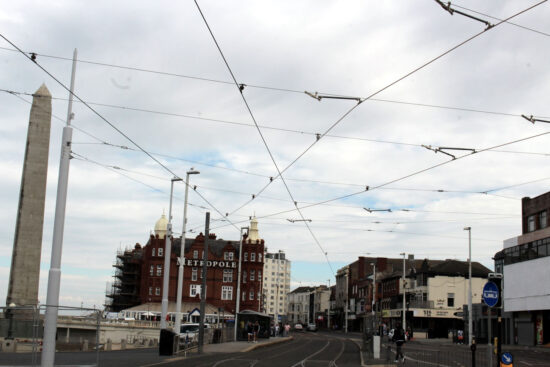 A view on the Prom line where there are no additional frogs yet. The north curve overhead is just disappearing to the right. 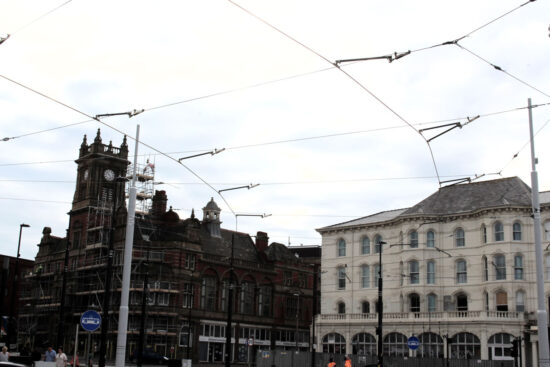 A closer view of the newly installed overhead. 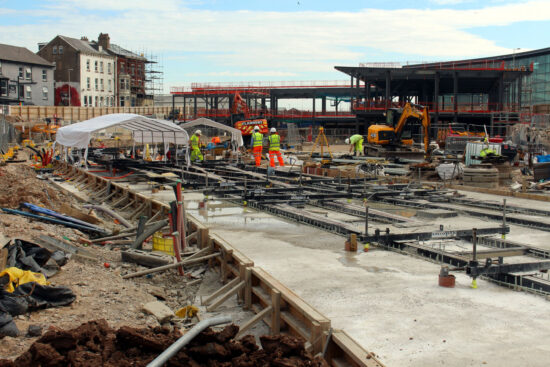 Up at Wilko’s and the first layer of concrete is down and work continues. 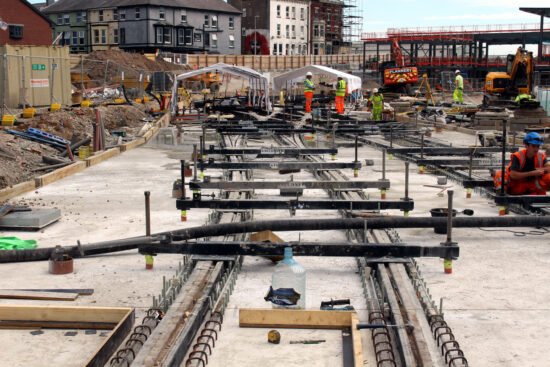 A view along the inbound line at Wilko’s. (All Photographs by Tony Armitage, 5th August 2021)