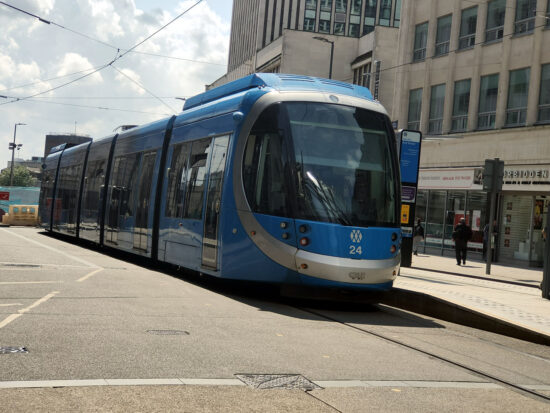 The now advert free 24 is seen standing at the temporary terminus of Bull Street. 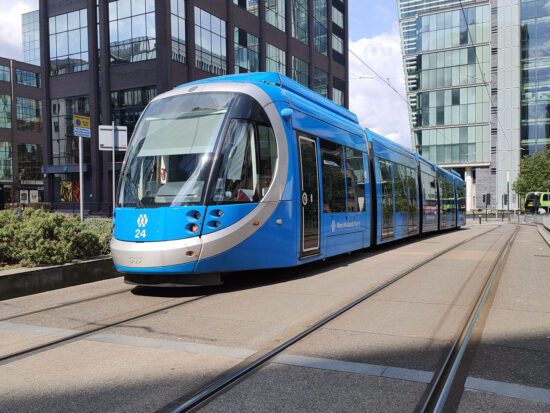 And then we see 24 having just departed Bull Street on its way back north to Wolverhampton St George’s. (Both Photographs by Mark Cufflin, 4th August 2021)