On this Bank Holiday weekend we bring you another couple of Photo Galleries with photos coming from Dresden in 2003 and 2004 and Crich in 2021! 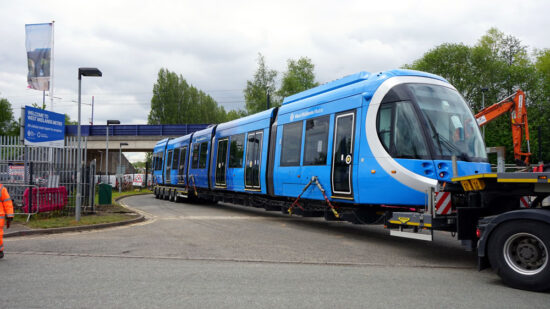 Wednesday 26th May 2021 saw the delivery to the West Midlands of the latest new Urbos tram built by CAF. 40 came from Spain via Bristol arriving at Wednesbury Depot shortly before midday on the back of a single low loader. In this view we see the tram arriving – the second of this new batch of trams which it has been confirmed will come in two parts, eight in 2021 and the other 13 by 2023 – at the depot after the end of its long road trip. (Photograph by Andy Walters)