Today “Still Standing!” is off to the Scottish capital as we take a look at a surviving artefact of Edinburgh’s cable tramways.

Edinburgh Northern Tramways ran a small system of just short of 3 miles with two single lines opening for traffic on 28th January 1888 and continuing in operation until 1897 when Edinburgh Corporation Tramways eventually took over. Operated by cable, this was the largest and most complex of all cable tramways in the UK with its two lines running from Hanover Street to Ferry Road and from George Street to Comely Bank.

In order to operate their services a depot was constructed on Henderson Row with it opening on the day of the first services. It started off life which 9 tracks before a later extension saw a further 3 tracks added. It would remain in use until 29th December 1920. It was accompanied by a power station which would remain in action until 24th January 1921. After that the building was used for buses for a short period until 1926. After use as a Police Garage the majority of the building was demolished but the façade was incorporated into a Scottish Life Assurance Building which was built in the early 1990s. 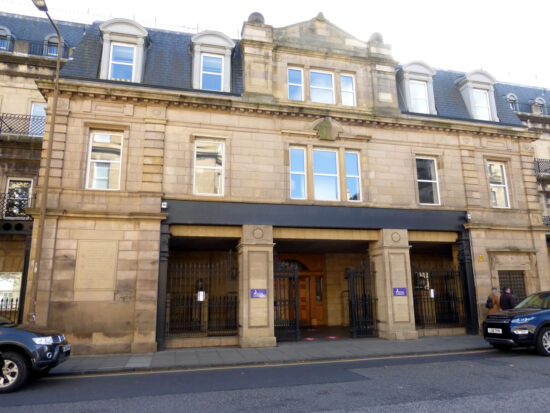 The Scottish Life Assurance building is seen here with the old tram depot façade now incorporated into its design. 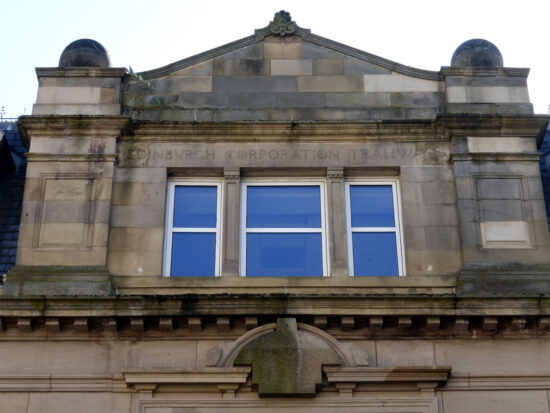 Looking up and this Edinburgh Corporation Tramways legend can be found, presumably added after the takeover in 1897. 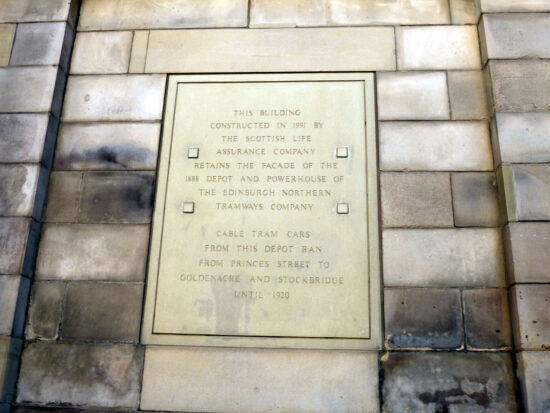 This stone gives a little bit of history of the building. (Photographs by John Hampton)