In Pictures: Edinburgh Trams 258 loses its adverts as it returns to service

Posted on Tuesday 13 April 2021 by Gareth Prior

Some of the eagle-eyed amongst you may have noticed in one of our recent “Lockdown Walks” that Edinburgh Trams 258 has lost its C R Smith adverts while at the same time also losing the grey section on the cab ends giving it a rather unfinished look. This is the tram was derailed after a collision with a bus and has only recently returned to service after repairs were completed.

258’s derailment occurred in June 2018 when it was struck by a bus shortly after leaving the Edinburgh Airport terminus. This saw three sections coming off the rails and the cab received serious damage which required significant repairs to be completed. Nearly three years later and these have now been completed and the tram has recently returned to service.

It has lost the C R Smith adverts it previously carried and alongside this the full fleet livery hasn’t quite been restored with the grey/madder lining sections on the cab end have not been added. It takes a little while when looking at the tram to work out what’s missing as it doesn’t quite look right but that is why it looks wrong! 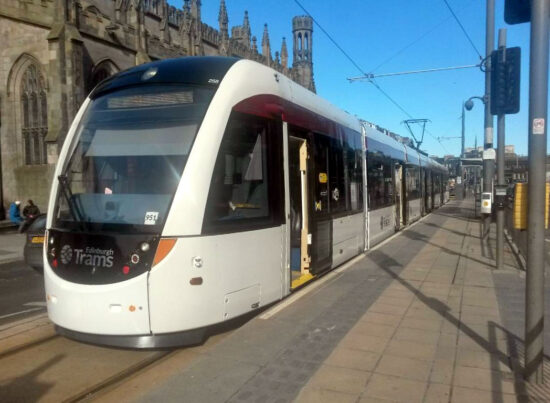 258 stands at York Place showing its plain look off. 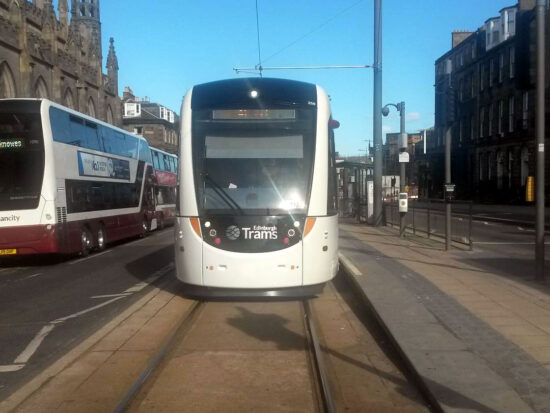 An end view of 258 showing the repaired cab end and the missing livery lining. (Both Photographs by John Hampton)