Monday 12th April not only saw the reopening of the Crich Tramway Village and Seaton Tramway but also Beamish, although for the Living Museum of the North, it is almost a transport free zone for now with just the access bus running and trams not due to resume until 4th September.

With only outside of Beamish open for now it is planned that a circular bus service will resume from 17th May before the trams finally get going on 4th September with a proposed Circular Tour operation from Foulbridge. Taking the sensible slow and steady approach will hopefully allow things to be ready when operations do resume with crews needing full training and some trackwork likely to take place in the intervening period. But that does mean we have a long wait to see trams running in the northeast again! 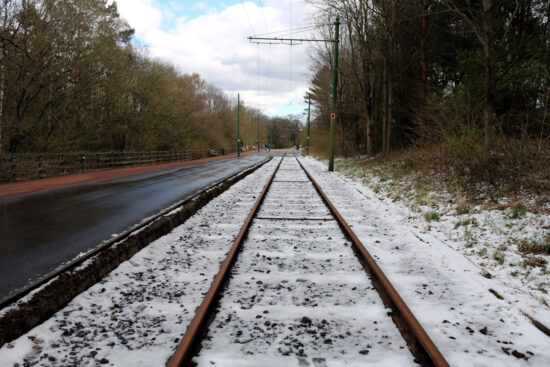 With a drop in temperatures during mid-April the first day of opening saw a light dusting of snow for those visitors who had pre-booked a slot to visit. With rust remaining on the unused track this view is looking back towards the entrance. 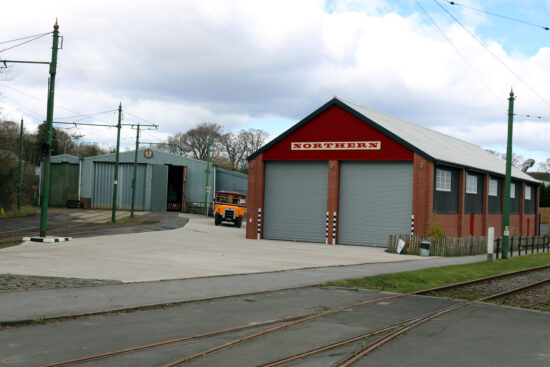 A view we’ve seen many times before but its worth repeating as its been quite some time since we saw anything from Beamish! With the Access Bus sitting between the bus and tram depots we can just see inside the tram sheds here. 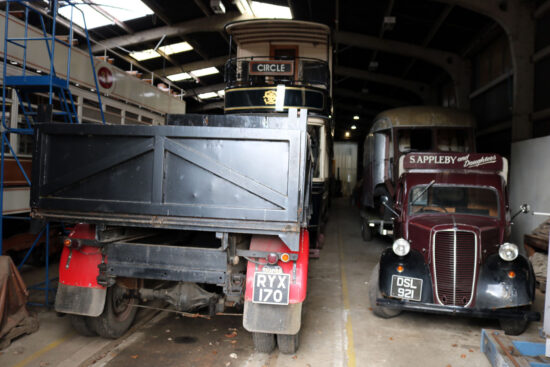 A peek into the tram depot where Sheffield 264 is boxed in by other vehicles. 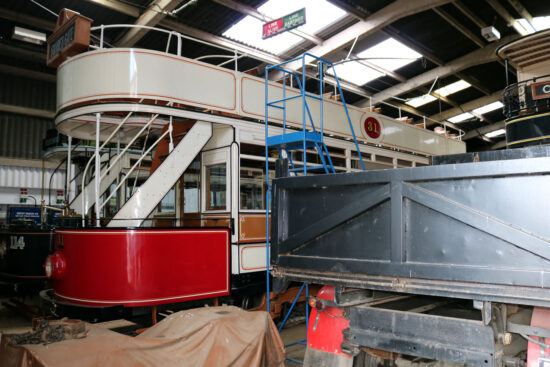 Looking over to the other side of the depot with Blackpool 31 in the foreground and Newcastle 114 just seen beyond. (All Photographs by Trevor Hall, 12th April 2021)