In Pictures: Cabin continues to be northern terminus as Blackpool Tramway works extended

Posted on Thursday 25 February 2021 by Gareth Prior

The essential trackworks which have been underway on the Blackpool Tramway since Sunday 14th February will be carrying on for longer than planned due to a “delay in the works”. Normal services will now not resume until Sunday 7th March – one week later than originally planned. As a result the revised service between Harrow Place and Cabin only will continue to run for an additional seven days (it was originally only due to run until Saturday 27th February). 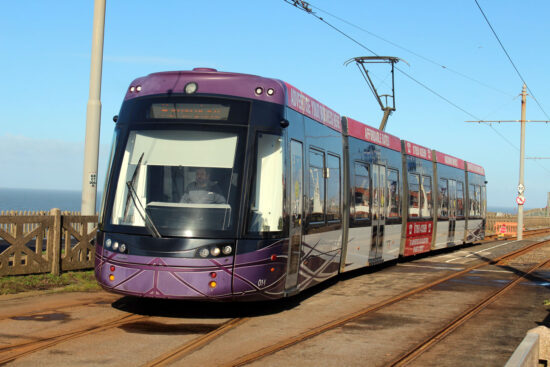 The scene at Cabin again showing 014 using the crossover just to the north of the stop. After regaining the southbound track the tram will then depart from Cabin to run to Harrow Place. 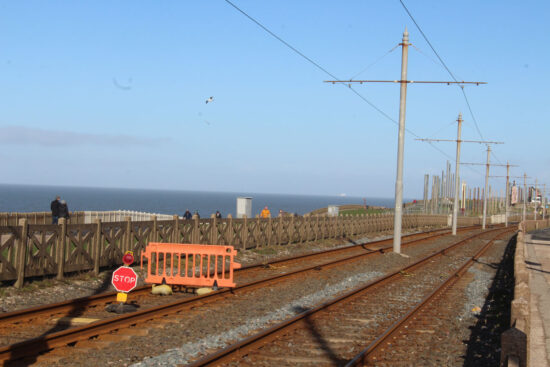 The simple barrier which prevents any further access north at Cabin. (Both Photographs by Tony Armitage, 25th February 2021)