We are again taking a look at Beamish’s Tramway for this edition of “Picture in Time”.

The first thing we notice about this image of Gateshead 10 taken in the Town at Beamish on 22nd June 2009 is where it has stopped for passengers to alight and board – further round the curve on the clockwise circuit than we are used to (usual practice today sees the tram stop outside the large shelter adjacent to roughly where the photographer is stood).

10 has been one of the mainstays of the tram fleet at Beamish although has been out of service since 2016 but is on the road to return with its extensive overhaul ongoing. The tram was transferred to the site at Beamish in 1973 and is currently in the guise of Grimsby & Immingham 26 (an identity it took upon withdrawal from Gateshead) having been repainted in 2012. It will resume its identity of Gateshead 10 in the future. 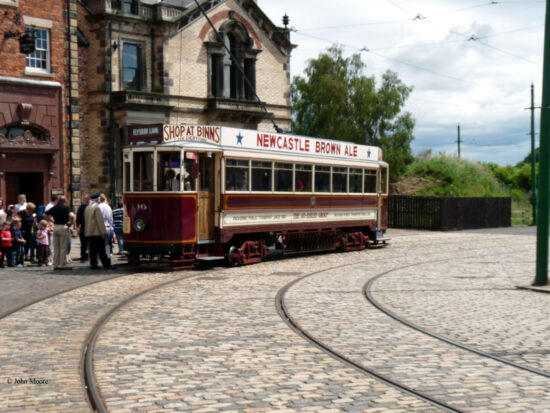