In this instalment of “Still Standing!” we are looking at another old tram depot in London.

Wood Green Depot was opened for horse trams in 1895 by the North Metropolitan Tramways and Omnibus Company and leased to the North Metropolitan Tramways Company who were taken over by the Metropolitan Electric Tramways Limited on 15th January 1902. It then moved to London Transport ownership from 1st July 1933. Electric trams moved in from 24th July 1904 with trolleybuses using the building from 7th May 1938. It then became a bus garage from 7th November 1961. The depot was extended twice during tram days at the rear and at the front towards the road when the trolleybuses took over. 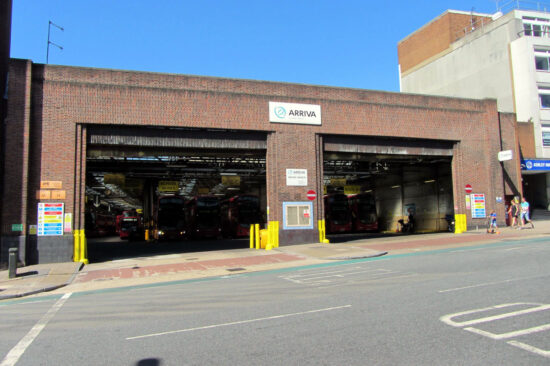 On 2nd July 2017 we see the depot building. The frontage seen here is that added during the trolleybus years. (Photograph by Bob Hodges)