We are heading back to a pub we’ve been to before as there has been an updated sign since we last took a look. If you remember when we previously looked it had a very interesting take on a tram but it is pleasing to report that it is far more tram like – and a tram with a local connection too.

The Tramway Tavern opened in 2010 and is owned by Brampton Brewery. Its location is Chatsworth Road in Brampton and is in a small business park which is on the site of the former tram depot. The previous sign is probably indescribable but the good news is that has been replaced a photo of Chesterfield 7 just approaching Town End terminus at Crich – far better than the previous design! 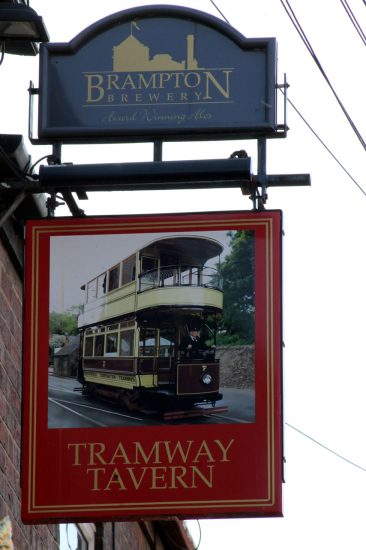 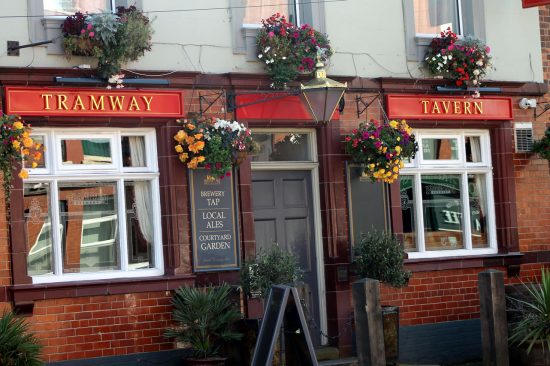 The frontage of the pub. (Both Photographs by Michael Reynolds)